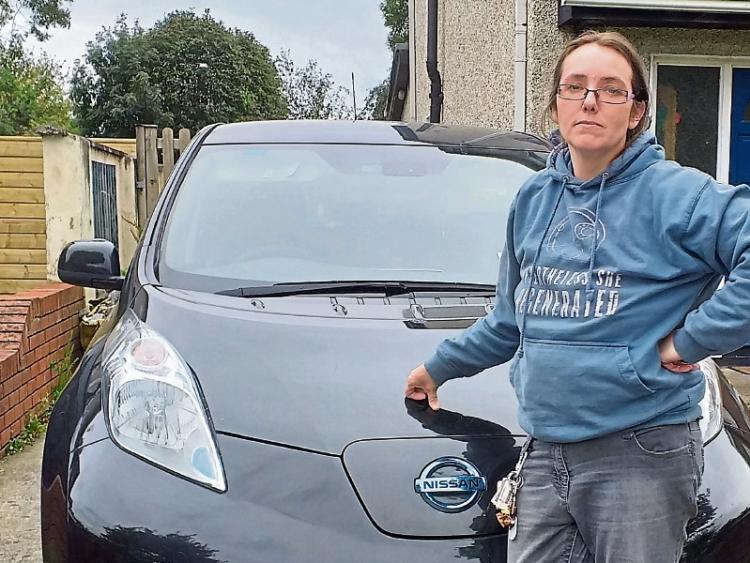 Emma priest and her electric vehicle

Kildare County Council rescinded two parking tickets issued against an electric vehicle owner whose car was being charged at the time in Naas.

Emma Priest contacted the Leinster Leader in November, having received the tickets while her car was charging at Hederman’s car park and the car park at Fairgreen, both of which are operated by KCC.

Ms Priest appealed unsuccessfully against both tickets but still refused to pay and said she would take the issue to court rather than pay the fines.

“It is the last thing I want to do, as I am a carer for my two daughters, each of whom have ADHD and ASD. However, I feel that this is not about me, or about a parking fine — this is about the much bigger issue of climate change and promoting fossil fuel alternatives,” she said prior to the council’s decision on the matter.

While Ms Priest was relieved to receive the letters erasing the fines, she maintains that the issue is not about money.

“I think it’s scandalous that I should have to pay while I’m charging my car.

“I wouldn’t have to pay if was filling my fuel tank with diesel or petrol. I object to having to pay to charge my car.

“If I went to court this would have gotten a bigger public hearing and maybe the issue of whether people should have to pay to charge their vehicle would have been sorted out.”

However it decided to waive the fixed charge offence as a goodwill gesture “in this instance only.”

KCC says that people are still required to pay and display while charging EV vehicles in EV bays on all public roads and at all public car parks.

In a letter to Ms Priest, KCC further indicated that it would not consider waiving any future fines.

Ms Priest says she won't buy a parking ticket while she is parked to charge the car at either at Fairgreen or off Friary Road.

Ms Priest says she hopes to avoid incurring a future fine either by remaining with her vehicle while it is charging or by moving to another charging point if a warden approaches with the intention of issuing her with a fine.