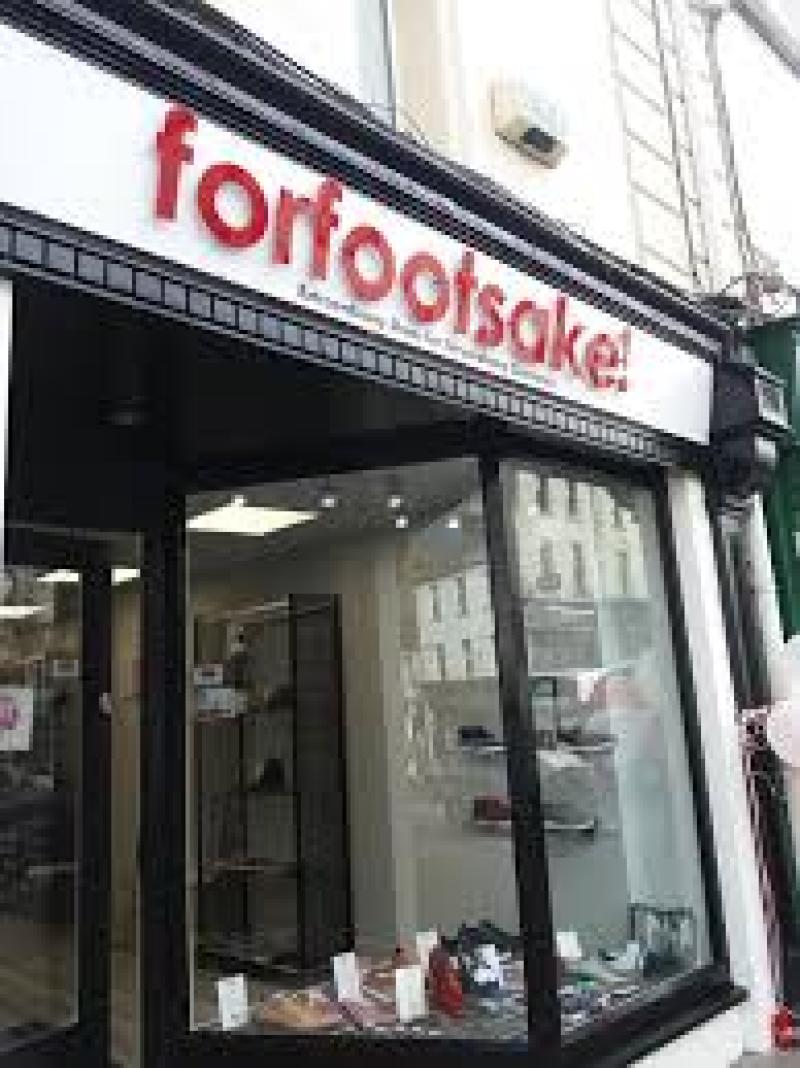 Forfootsake, the individualistic shoe shop opened in March 2019 at North Main Street, Naas, is to close. The business was launched last year having previously been run as a website (www.forfootsake.ie). The service was renowned for its unique, upmarket and stylish footwear for men, some made from Italian calf leather but notably, quality European footwear.

“It is regrettable, but the store is not commercially viable” said owner Charles McEvoy. “Forfootsake is a niche market retailer of handmade shoes. Some, maybe too eclectic for Naas shoppers.

“However, for those who have purchased, I would like to thank them and other well wishers for their support. I have no regrets and will continue to sell online at forfootsake.ie”.

He continued: “I would also like to wish my fellow retailers success in 2020. Retail is difficult and somewhat of a vocation”.

Speaking to the Kildare Post, he appealed to locals: “I do have a call to action for local residents. Too often I've witnessed the evisceration of towns due to the establishment of retail parks.

“Retail parks have their uses, but towns are the heartbeat of the community.   I would urge the residents of Naas and its surrounds to support the retailers of this town and not to allow any further decline.. They need your support to sustain a moderate income. None of them are here to become millionaires.

“It would be a tragedy for Kildare to lose any more of its retailers. You have excellent butchers, jeweller, pharmacies, menswear, ladies fashion, shoes and much much more. Please do not underestimate the great value in retaining the heartbeat of the town - protect the small retailers, please!”

Some landmark businesses such as Mattimoe's, Conroy's Menswear, The Candied Walnut restaurant and Donal's were among the businesses to close in recent years, albeit new coffee shops and stores have opened in Naas town since.

Forfootsake  also stocked a selection of designer casuals and accessories, along with designer lines in ladies handbags via the BagLady.

Charles coincidentally opened his first business in Naas at the store which previously housed a vape shop roughly opposite Fletcher’s landmark pub. Charles got his love for footwear and style from from his grandfather who wore handmade Italian shoes and travelled to his home in Italy every year to secure his shoes. It was a further coincidence that Giuseppe Mirolo, who settled in Ireland in the 1930's, worked in the same store over 60 years ago when he installed the terrazzo floor which was an iconic floor of the 1950's and 60's and even into the 70's in many Irish pubs, take-away outlets and hospitals throughout Ireland. It was Mirolo and two Italian friends who were largely responsible for this phenomenon.

Furthermore,. Giuseppe Mirolo worked on churches and cathedrals creating the works of mosaic art to be seen today. However, every Sunday he discarded his working clothes and dressed in the finest suit, borsalino hat, silver tipped cane and completed the look with carefully chosen handmade shoes – which is where Charles' interest in style was ignited.

Remember, Forfootsake.ie will continue to operate online providing its unique and stylish European shoes for men.