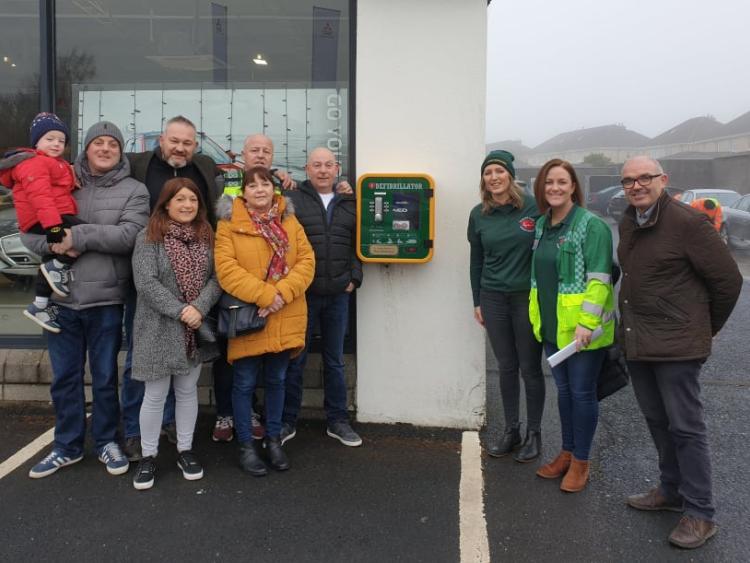 Group shot of the new defibrillator

The latest life saving device has been installed at at Chapman's garage in memory of Paul Robinson who passed away on June 8, 2019.

Those in attendance at the launch, including Paul's friends and family, heard from Patrick Murphy who said that in 2013 while undergoing treatment for chronic lymphocylic leukaemia Paul, who received the Person of the Year Award in 2018,  started fund raising for a number of charities around Kildare.

"Paul's main charity was The Irish Cancer Society and while going through his own treatment he raised €31,702. This was due to the generosity of the Kildare people. In April 2019 Paul said he wanted to do a fund raiser for the Community First Responders in Kildare Town but unfortunately he got sick and passed away on June 8 2019. During Paul's
funeral people donated money and l thought it was fitting that this money should be donated to the First Responders on behalf of Paul."

And a special thanks was given to Thomas Heffernan on the day for allowing for the installation of the the latest Public Access Defibrillator.