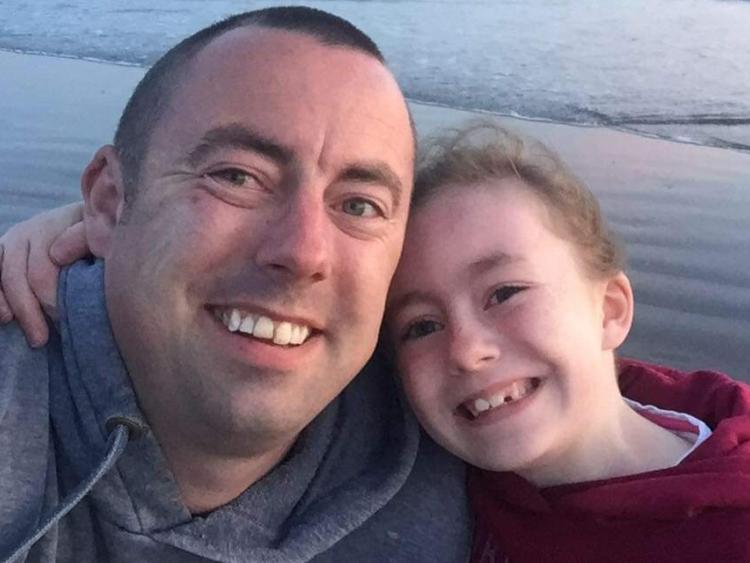 The late Shane Griffin an d his daughter Hayley

The death has occurred of Shane Griffin, who following a childhood of abuse and trauma, became a powerful advocate for change for children in the care and foster system.

Mr Griffin, and his siblings, were taken into care as a young child because their mother, who was troubled, wasn't able to cope. Thus began a long association with numerous care and foster situations. Over the course of his young years he was abused physically and sexually, even after he was returned to his mother. She eventually passed away in 2010.

In more recent years he sought, with the Freedom of Information Act and meetings with various authorities to piece together the chaotic and heart breaking details of his life, before sharing it in the summer of 2016, with the world in the media. He also obtained a degree in social sciences.

By then he had also moved into advocating on behalf of young people with a variety of organisations, work that continued right up to the weeks before his death.

He told this reporter in 2016 that he felt it might be easier for him to move on from the abuse and neglect he had suffered, if he didn't see it being repeated today, in the experiences of other young people. Helping them, he said, was helping himself in some way.

Tributes have been paid to him from far and wide. Senator Lynn Ruane vowed to "take everything you taught me in to everything I do".

Meanwhile EPIC, the advocacy organisation working with children and young people in care said he was a remarkable advocate for children in care or care leavers.

The social care departments of both Carlow IT and Maynooth University paid tribute to him also.

Pat Bergin, director of Oberstown Detention Centre recalled that Mr Griffin "visited the campus and presented at our seminar last year. He was focused and determined and will be a big loss especially in influencing improvements in social care. May you rest in peace Shane."

Senator Colette Kelleher said she was "heart sore to hear this news. Was lucky enough to meet Shane a little while ago and listened to his words. His candour, honesty and warmth shone through. Sometimes the world is too much for the best of us."

In recent times Mr Griffin had joined the Social Democrats, who have paid warm tribute. Cllr Chris Pender, of that party, said that Mr Griffin "was just so unbelievably strong to have lived through so much."

"My heart is honestly broken by his loss but Shane wouldn't want anyone laying in bed sobbing. Shane would want us to keep fighting just like he did until it became to much... He never gave up, but did what he did because he believed that people deserved better," Cllr Pender said.

"He was a great Dad, wanting more for his daughter than he had. We will ensure we continue Shane's work, we will make sure that no child who ends up in care falls through the cracks. We will continue to hold ministers responsible and ask the difficult questions. We have to, as we cannot afford to lose more brilliant people like Shane."

A GoFundMe account has been launched to help raise funds for the funeral expenses and as a fund for his daughter Hayley. Click here to donate.

He will be reposing at Glennon's Funeral Home, 32 Main Street, Newbridge, from 4pm on Friday with rosary at 8pm. Removal on Saturday at 1pm, arriving at St Conleth's Parish Church, Newbridge, for Requiem Mass at 1.30pm.

Leave people better off for knowing you. That's what a mentor of mine once said when I was in my teens. Well @shaneg86 that's what you've done for me. I'm so sad waking to this news this morning and I promise to take everything you thought me in to everything I do. RIP. ❣ pic.twitter.com/qQYj6IM8Sz

Our deepest condolences to the family and friends of @shaneg86

Such a remarkable and admirable advocate for children in care and care leavers!

A huge loss to our care community,
RIP ❤

Our deepest sympathy to family and friends following the death of Shane Griffin. He visited the campus and presented at our seminar last year. He was focused and determined and will be a big loss especially in influencing improvements in social care. May you rest in peace Shane.

Heart sore to hear this news. Was lucky enough to meet Shane a little while ago and listened to his words. His candour, honesty and warmth shone through. Sometime the world is too much for the best of us. Love and condolences to all in Shane’s close circle of family & friends. https://t.co/hu54iYleEc