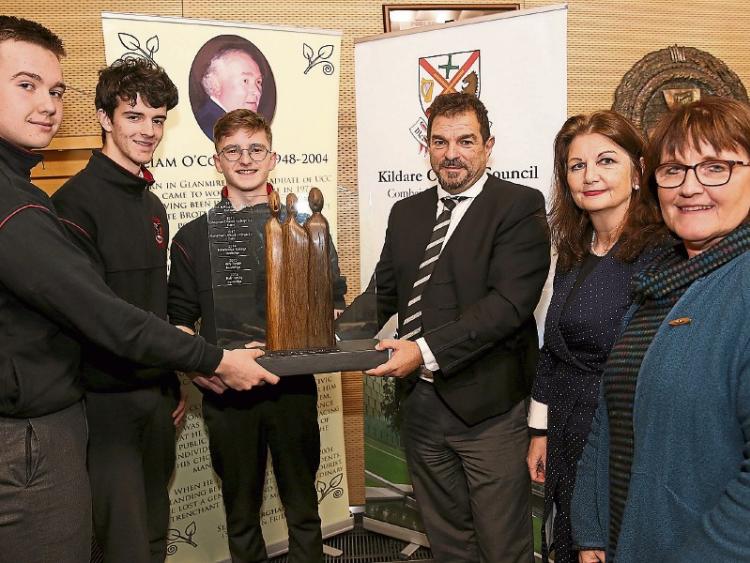 This parliamentary-style debate was established in memory of the late educator and political activist Liam O’Connell. Colleague and debate organiser Mayor Suzanne Doyle said that “it is a fitting tribute given Liam’s focus was on encouraging young people to use their voice in relation to politics”.

Councillor Carmel Kelly explained that “our use of the Council Chamber provides students with an experience of what it is like to function in local democracy, especially the challenges around finding consensus through debate”.

This style of debate simulated the experience of real parliamentary business and challenged speakers to think on their feet. Alcohol is always a contentious subject as demonstrated by the Public Health Alcohol Act which took over 1,000 days to get through the Houses of Oireachtas.

All the school teams formulated and delivered thought-provoking arguments on the night leaving an extremely tough job for the judges, who witnessed excellent demonstrations of humorous, well-researched and informative public speaking from all the teams that represented themselves, their schools and families with great distinction.

Judge Zaidan highlighted this in his address to the chamber; however he also used the opportunity to highlight the contributory role that alcohol plays in his courtroom and that it is enmeshed across criminal, domestic and juvenile law hearings. He went on to state that 75% of prisoners have a link to problematic alcohol or other drug use.

Teresa Murray, chair of the Regional Drug & Alcohol Task Force and co-sponsor of the debate, stated that young people need to be protected from the harms associated with alcohol, especially in light of HSE data that 74% of 15 to 16 year olds drink alcohol. Some 22% of these have become involved in a serious argument as a result, with 26% being harassed by a stranger while under the influence.

All the participants received a book, with thanks to Kildare Library Service, to acknowledge their participation and contribution to an excellent evening of informed debate.