It’s not fair on young lads to choose between your school and your county, it’s a crazy situation - Kildare Under 20 Manager Gay Campbell 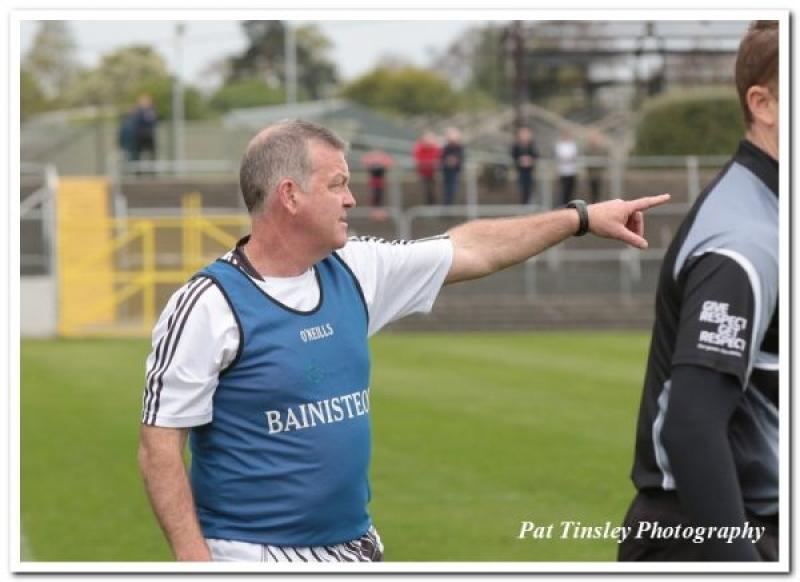 The Kildare Under 20’s got their League campaign up and running with a win over Laois on Saturday evening but most of the talk was about the lads that weren’t on the field.

None of the sizeable Naas CBS contingent or indeed Cian Burke from Scoil Mhuire Clane were on duty and whether they will even be available at all remains to be seen.

A new GAA ruling which was passed at Congress is stopping the lads being available for the Championship while their school is still involved in the Br.Bosco Cup and manager Gay Campbell gave his thoughts on the situation.

“It’s a complicated situation and there have been more flips on this than on Pancake Tuesday but at the minute and up to yesterday we were told anyone involved in the A and B Schools couldn’t play full stop. Then word came down that they could play but Naas CBS had a game on Friday so they weren’t going to be involved but a month ago they couldn’t even be in a squad so it keeps changing”.

“It’s not fair on young lads to choose between your school and your county, it’s a crazy situation. Apparently now they can play in the League matches but if their school is still involved and bear in mind the next round is not till the 29th of January and they go through they won’t be eligible to be part of the Championship squad until the School is finished”.

“They all want to play and maybe it affects other counties more than us and we play Dublin next week and Meath the week after but then the Fresher competitions start and there’s another 12 lads involved there but we'll manage as most of them are in Maynooth and we'll work with Brian Murphy on that. I don’t know the thinking and it would leave you worried where we are heading”.

Despite the controversy and criticism the Raheens man still sees some positives for the Championship being played at this time of the year.

“There is swings and roundabouts I suppose and it is good that when this is finished the lads will have a full season with their Club but a little more thought put in would help. A lot of the stuff is reactive to someone’s complaints rather than everyone sitting down and having a chat”.

“We work closely with Naas CBS and anyone that is involved and we don’t demand things off them in training. It’s another problem but we'll figure it out as we go”, Campbell admitted.

On the game itself Kildare looked good in the 2-17 to 1-7 victory and they are in good shape ahead of a showdown with Dublin this weekend.

“I’m very happy with the lads, we’ve had a few in house games over the last few weeks and there’s great competition in the squad”.

“We only had 23 lads tonight as there was a few sick and injured while some were away which is understandable because there’s no downtime in football anymore and that needs further addressing. We couldn’t be happier though and a lot of the work in training came out in the performance tonight”.

“We tried a few things there tonight and some stuff came off but it’s only a League game and it doesn’t stand for anything. It’s great for them though as now they are believing what we are telling them and they'll have a bit more belief about themselves next week”.

“The job now is to play with that intensity again and try do it all over again”.