Warning of 'exceptionally deep and powerful Atlantic storm' on the way

Weather forecaster warns of aggressive storm over the coming days 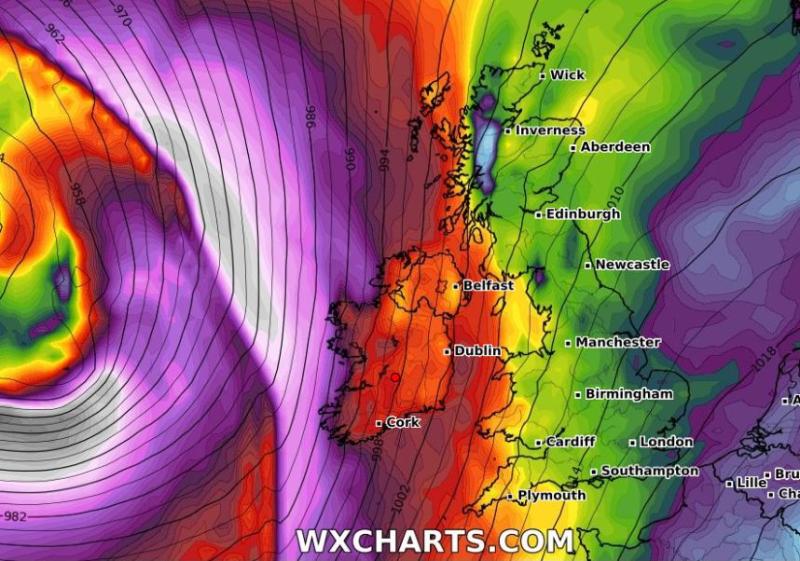 A reminder of an 'exceptionally deep and powerful Atlantic storm' developing off the coast of Ireland tomorrow, Monday 13 and into Tuesday 14 January.

Forecaster Cathal Nolan of the newly branded Ireland's Weather Channel warned of the approaching storm, which he believes is likely to be named, in a post on Facebook on Friday last.

The Offaly forecaster said that while it was a considerable time away in terms of meteorological predictions, he emphasised the need to maintain a close vigilance on weather conditions through Monday and into Tuesday

He stated that current weather models continue to indicate an exceptionally deep and powerful Atlantic storm will develop off the west coast of Ireland and bring with it a significant risk of coastal flooding, along with damaging storm force winds.

You can read the full forecast on the link below.