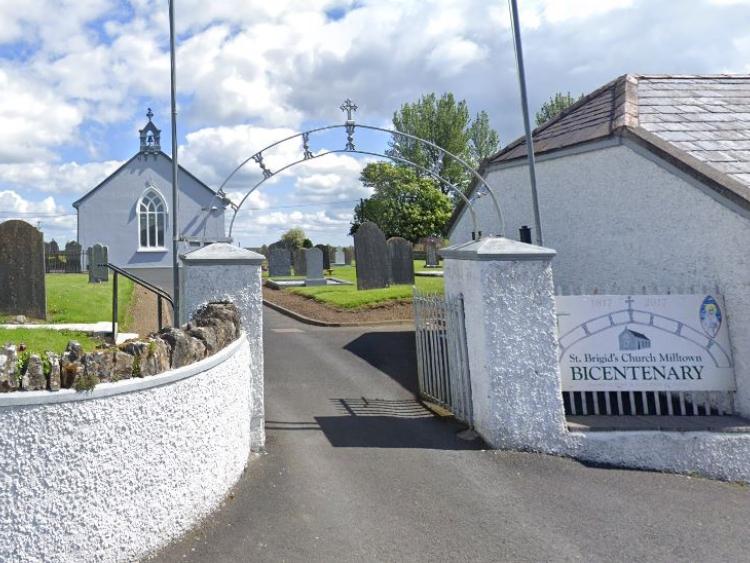 A parish priest has called for CCTV in all churches after a break-in at Milltown over the weekend.

Fr Willie Byrne said considerable damage was caused to the Church of St Brigid in the early hours of Saturday morning and several sacred items were taken.

A tabernacle, church safe and candle shrine were later recovered in a field in the Roseberry area near Newbridge and garda investigations are ongoing.

A stained glass window and church door were substantially damaged by the raiders. 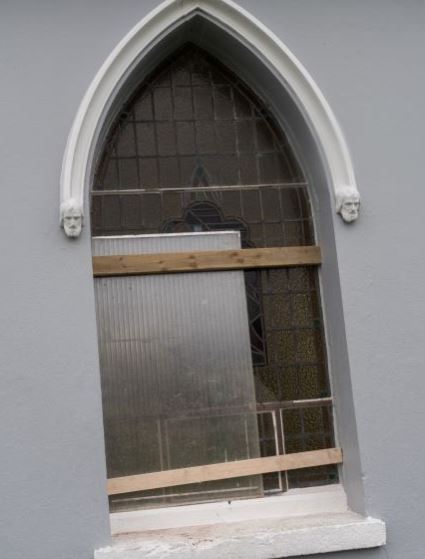 Fr Byrne said an intruder alarm system will now be installed in the church — but he also called for CCTV to be installed at all churches for security purposes.

Fr Byrne (pictured above) said: “CCTV will have to be considered for churches.”

Fr Byrne added: “I know issues such as GDPR will have to be taken into account as people may be visiting graves in the graveyard around the church so a consultation process must be carried out.”

He continued: “There is never any money kept in churches so I don’t understand why they are being targeted in this manner.
“But looking forward, there will have to be some deterrents in place such as security cameras to prevent these crimes.”

The break-in at the church in Milltown, which celebrated its bicentenary in 2017, was discovered at 8am on Saturday morning by a man visiting a relative’s grave.

A stained glass window at the side of the church was smashed and a back door was also damaged. 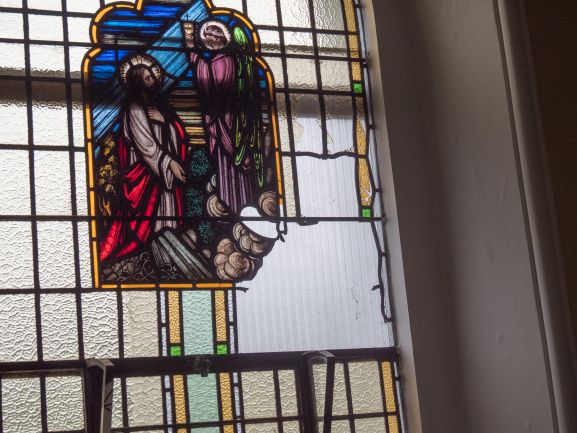 They also took a safe from the sacristy as well as the candle shrine.

Priests’ vestments were also thrown around the floor of the sacristy after drawers were searched.

Newbridge gardaí were called to the scene and carried out an extensive forensic investigation inside and outside the church building.

Locals rallied around and cleaned up the church on Saturday in order that Mass went ahead as normal on Sunday morning.

At Sunday morning Mass, Fr Kavanagh asked for prayers to be said for the perpetrators.

Fr Byrne said: “The Christian message is to reach out and offer forgiveness and reconciliation.”

In September 2018, a break-in also occurred at the Church of St Brigid but nothing was taken on that occasion.

The parish priest added: “It’s very unusual for small, rural churches to be targeted in this way. Usually people respect a place of worship.
“There’s a misconception that money is kept in churches but this is untrue. Any money is counted and removed from the premises on a daily basis.”