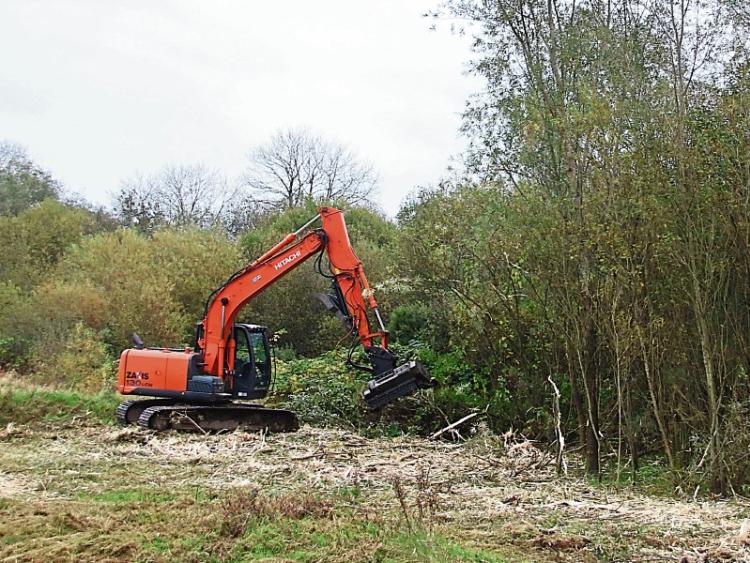 Landowners are fearful of taking action to prevent rivers being blocked by trees, but there are trees falling into rivers all over the place, a recent public meeting was told.

Cllr Tim Durkan was commenting after a report to councillors on the Drainage Channel Maintenance programme at the Kildare County Council Clane-Maynooth Municipal District meeting on January 10, Council official.

Following a report to members by Council official  Edel O’Brien, Cllr Durkan said there is a fear of doing work to clear blocked rivers because of restrictions, such as those to protect species like the crayfish.

Cllr Durkan said there were some large trees left in the Rye River which is part of a special area of conservation.

Ms O’Brien has undertaken to talk to other parties about this issue.

She said there are flood schemes proposed for Clane and Maynooth under the OPW Flood Risk Management Plans.

Ms O’Brien also  said that following the abolition of the Barrow Drainage Board in December 2014, the Council established the Drainage Channel Maintenance Crew which consists of two general operatives and a general site supervisor (whom Kildare shares with Offaly County Council).

The council also has a Section 85 agreement in place with Offaly County Council which allows their crew (consisting of one person to do work with Kildare and vice versa). The total staff available to carry out drainage maintenance is a maximum of four persons, she said.

She said the Baltracey drainage district is not due to work in the current three year programme. Cllr Brendan Weld said that in the 1960’s it used to be cleaned every year. “Trees are falling on it,” he said.

But they only apply to some lands and other private landowners are largely responsible for their own maintenance to prevent flooding.

She said in-stream works with machinery are limited to the months of July, August and September.

Tree cutting is limited to between September and February.

Works in watercourses that are Special Areas of Conservation (SACs) or discharge into SACs require an Appropriate Assessment to be carried out before any works can be done.

All these works are carried out in accordance with the OPW rules. There can also be restrictions from Inland Fisheries Ireland, such as the current restrictions aimed at minimising the impact of the crayfish plague currently in the River Slate and River Barrow.

Pub in historic building in Kildare is sold to local businessman

A street scene in Kilkenny

August to sizzle with hot spell? Temps to rise as week goes on says Met Éireann