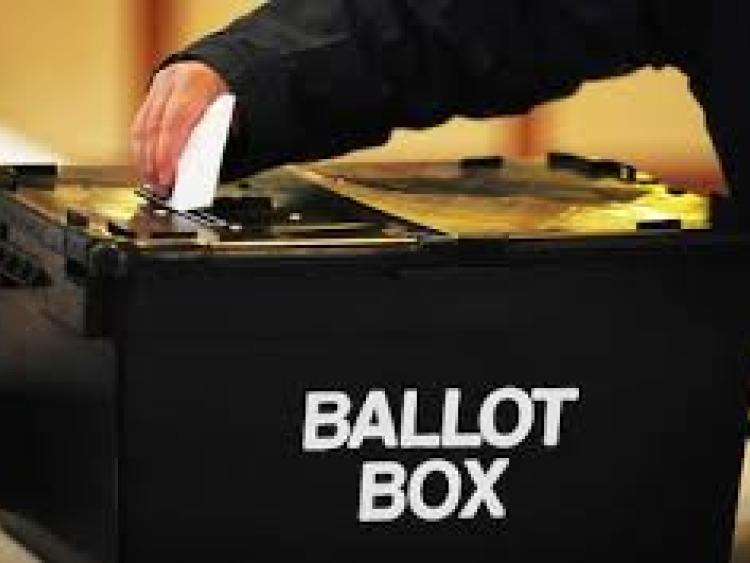 The hotly contested South Kildare constituency is gearing up to be a fascinating battle with confirmation today that well-known school principal, Anita Mhic Gib, is entering the race.

The Kilcullen resident who is principal of Gaelscoil Nás an Ríogh has been selected by Aontu, Ireland’s newest political party, led by Deputy Peadar Tóibín. She is married to Portarlington man Maurice Mac Gib.

The fledgeling party ran two candidates in Kildare for the local elections and Anita Mhic Gib says she believes she can build on that, saying there is a “growing resentment amongst people at the wanton waste and lack of accountability that will be the lasting legacy of this Government."

“I have been actively involved in Politics for over 20 years and I believe that this area and this country is being mismanaged so badly, that I just have to stand up and try and be a voice for people who feel totally disenfranchised. Aontu polled very respectably in the local elections in Kildare last May, for a party that was then just months in existence.

"There is a huge appetite for change; people want to be heard and ordinary hard-working people in our constituency are tired and frustrated by the runaway train that is health, housing, education, crime; this Government has haemorrhaged public money and the worst thing is that nobody is being held to account. If ordinary working people made such a spectacular mess of their jobs they would be fired."

“Fine Gael was traditionally the party for Farmers in our area but FG has turned its back on them. We have unelected planners who are responsible for Kildare and Laois having some of the strictest planning laws in the country. It seems our two largest parties have been working hard over the years to set us up for the biggest housing crisis we have ever had. Over 7,300 families are on the social housing list in Kildare with 1,500 in Laois."

“Vulture funds are being allowed to buy distressed mortgages and have refused to come before the Dail Finance Committee. Kildare has one of the longest waiting times for children to see an occupational therapist or speech therapist in the country.

"The assessment of need service list, which helps identify children with disabilities, and the interventions which are required is long that parents have brought the HSE to court in order to force them( HSE) to provide the assessments that children are entitled to under the law.

"Early intervention is so important and I know the huge struggle parents face in obtaining services and support. I have always been a strong advocate for all children on a national level, ensuring that all the children of the nation are cherished equally. Labhróidh mé go láidir ar son páistí na tíre seo."

“I am working at the ‘chalk face’ so to speak and I know that this electoral area is one of the worst affected by the new school building scandal. After years of inadequate school buildings, communities were delighted with new schools only to find that they were structurally unsafe and had serious defections in fire safety, resulting in urgent and costly remedial works. This
mismanagement has cost millions which would have been better directed at paying school secretaries a proper wage, removing the two-tier Teacher pay scale or investing in special education.

“Kildare South have massive potential for growth but Government policy has directed investment to Dublin, ignoring our area.  While inward investment is very important it should co-exist with good supports for indigenous industry. We badly need new industry in Monasterevin and Athy, and promote vibrant communities instead of emptying these towns every day as workers face the long commute to Dublin.

“With just 11 Gardai in the Kildare Drugs Unit and the Laois Offaly Unit being cut to three recently the scourge of drugs continues unabated in this area. Many communities find themselves with a part-time Garda station and an even rarer Garda on the beat."

“Somebody has to shout stop and I promise if elected to be a loyal and loud voice for the people of South Kildare."

Laura Considine and her mum Patricia

When can you expect to get the Covid-19 vaccine? This online tool calculates just that

Ages of victims in January ranged from 25 to 98

118 new Covid-19 cases in Kildare as CMO warns: "We must cut our social contacts"