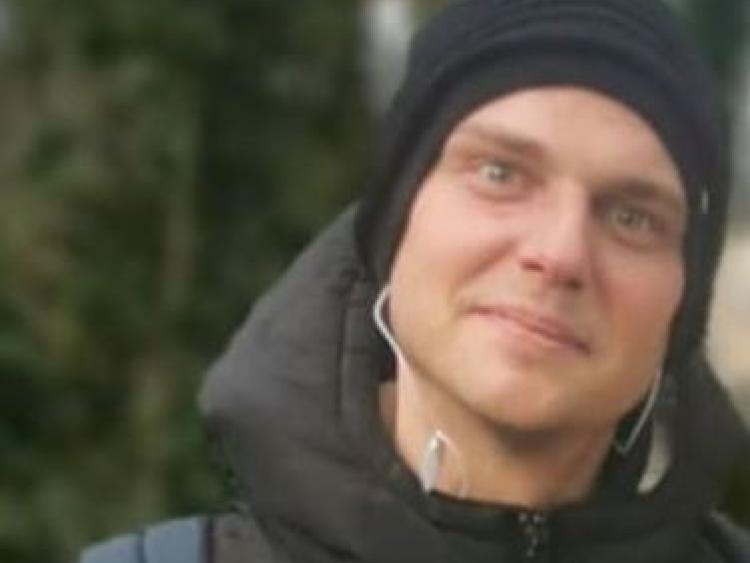 Family members and gardaí in Portlaoise are appealing for information on a 27 year old man reported missing from his home at Laurel Drive, Portlaoise last week.

Helvijs Lejins works at the Aldi Distribution Centre in Naas and was due into work on Friday last at 6am. His mother Evita Dica and her partner David Kinsella are due to be married on Wednesday next and the couple is distraught with worry at Helvijs' disappearance.

Speaking to Kildare Now, his mother stated: “We are sick with worry. Gardaí stated a person similar to Hevijs' description and clothing was spotted at an ATM carrying a sports bag/clothing over the weekend”.

Helvijs Lejins (27) is described as being approximately 6' 1" in height with a slim build, blue/grey eyes and brown hair. He was last seen wearing a black jacket, black tracksuit pants, black/grey runners and carrying 118/'20 grey backpack. He regularly wears ear plugs.

David Kinsella stated this was not normal behaviour for Helvijs (pronounced 'Helvis') photographed above.

“He tends to be a loner; he works, loves going to the gym and is family focused. He really is a good natured, caring chap so his disappearance is very concerning for us.

“We have spoken to his boss at Aldi and there were no issues at work. He had planned on working right though the weekend and up to Tuesday, so he would be free for the wedding.”

The Garda Press Office stated they believed “Helvijs may be in the Dublin area”.

Mr Kinsella stated a person fitting Helvijs' description was spotted dismounting a bus near the shopping centre in Portlaoise on Friday last and this person was wearing ear plugs.

“Gardaí, however, told the family that activity on his phone was picked up in the Moore Street area, Dublin on Saturday last. So we are all concerned, his mother, brothers and sisters and I. We have lived here together as a family since 2014 with no major difficulties – just the usual ups and downs of normal family life.”

Anyone who may have seen Helbijs or has information on his whereabouts is asked to contact Portlaoise garda station on 057 -867 4100, the Garda confidential line on 1800 666 111, or any garda station.