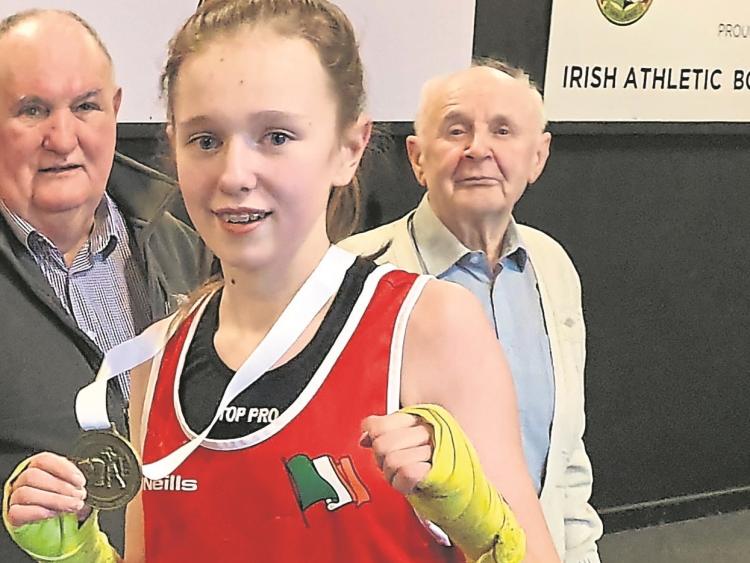 Last weekend a Newbridge boxer who boxes out of Setanta Boxing Academy, based on Green Road, Newbridge, was on Ireland International duty against Italy. Esther Lambe, current European silver medalist, was called up to face Giulia Massone who is a European medalist and at a year older.

Esther was part of an Ireland selection who competed over two legs against an Italian selection.

The young Italian put in a strong showing over the first leg on Friday January 17 in the National Stadium.  However Esther proved to much for her Italian challenger and ran out a unanimous winner.

On Sunday last both girls went at it again with Esther looking to gain maximum points for team Ireland.

The Italian pushed hard to try and impress however she proved no match for the sharp jab and strong counter punching of the home champion. Esther once again claiming the victory and maximum points for team Ireland.

Esther now joins her Setanta team mates who travel to Sweden at the end of January to compete in the International "Golden Girls Championship". This tournament brings girls from all over the world to compete.

Setanta Boxing Academy, Newbridge is sending a team of 17 boxers ranging in age from 9-17. Last year team Setanta were placed 3rd on the medals table only behind team Norway and France