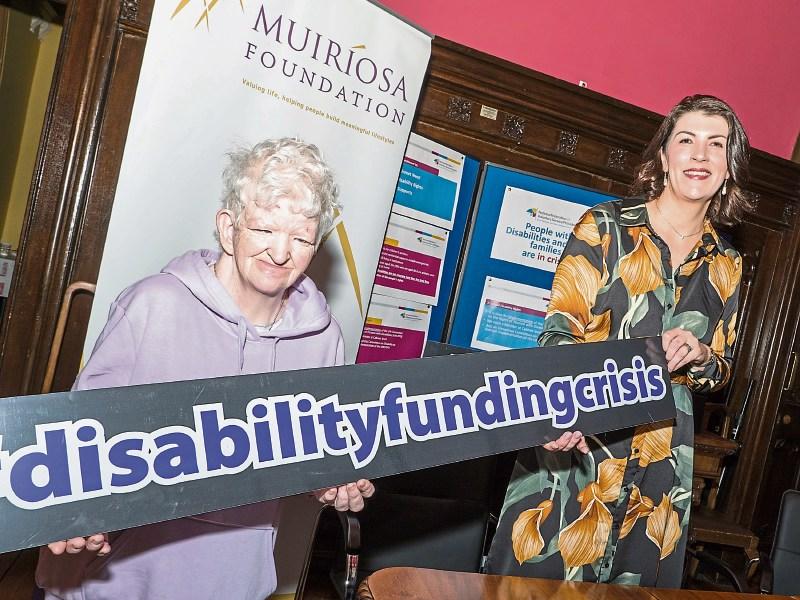 A meeting was held last week at Moore Abbey in Monasterevin with parents of adults of intellectual disabilities — some of whom are 70 and over and are still the primary carer of their adult children — to launch a campaign about lack of funding.

The ambitious campaign was launched by parents who are afraid to die and leave their adult children, alongside staff of the Muiríosa Foundation, to secure €211m per year over the life of the next government. They want so people with intellectual disabilities to have “access to basic support”.

“Adults who have an intellectual disability and need to move out of the family home have no system to access residential supports – with only a small number of emergencies being funded this year.”

In figures gathered this week, the National Federation of Voluntary Service Providers and its members have identified that across 38 of its services alone, the lack of a system to access residential support means that at least 1,250 parents aged 70-and-over continue to be primary carer for their adult son or daughter living at home, close to 400 of whom are over 80 years old, with no visibility of a residential support for their loved one in sight.

Some of these parents who are primary care givers stated at the meeting that they are “afraid to die” and leave their adult children without access to proper long term care.

Meanwhile, disability services were informed earlier this month of an additional €20 million cut to their already underfunded budgets

At the most basic level, Mr Abbott argued, this cut must be reversed.

A meeting was also held with a number of general election candidates last Tuesday in the Keadeen Hotel, Newbridge.