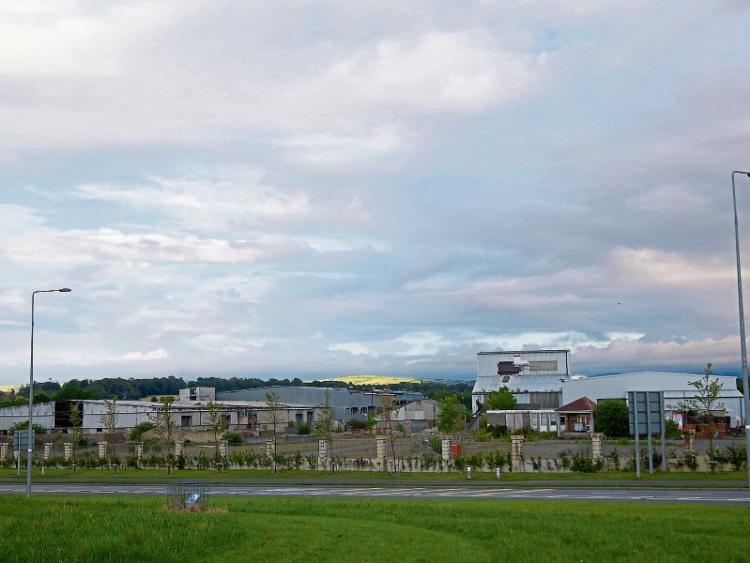 The Cemex site in Naas

Owners of three unsightly sites in Naas and Sallins have been urged to put the buildings and land to use.

The sites — the Cemex plans and the adjacent former Donnelly Mirrors building as well as the old Odlums site in Sallins — should be on the derelict sites register. That’s according to Cllr Bill Clear, who criticised Kildare County Council for not placing them on the register.

“I have done this before and yet nothing appeared on the register,” he said at a Naas Municipal District meeting in reference to a previous similar request.

He said both Donnelly Mirrors and Cemex have been “mentioned extensively” in the adjudicators report which assesses the Naas Tidy Towns competition entry every year.

“They’re killing us,” he said.

He said all of the other good work done by the Naas Tidy Towns group is undermined by the presence of the buildings and he said KCC has been “engaging” for years with little progress.

“People are living in both sites in Naas. They are horrendous sites and kill the Tidy Towns effort.”

He said the Odlums sites, which is on the market to be sold, is in a “desperate state” and is also subject to trespass.

“The owners of the sites should do something,” he added noting “if Cemex was abolished we could at least plant wild flowers on it.”

KCC official Ken Kavanagh said the issue of what constitutes a derelict site will be clarified next month.

He noted that Applegreen has plans for a service station and training centre at the Cemex plant and while this was later withdrawn, the company has confirmed that it’s committed to redeveloping the site.

He also said that a forthcoming zoning would mean that the site could be redeveloped for a range of uses. He added that the owner has dealt with fly tipping there and taken steps to make the area more secure.

He also said KCC would meet with the owner “to discuss how best to resolve the issues affecting the property.”

He said the owners of the Donnelly Mirrors site have been contacted to see what the plans are for there, adding there will be an opportunity to improve the town centre in Sallins once the bypass opens.