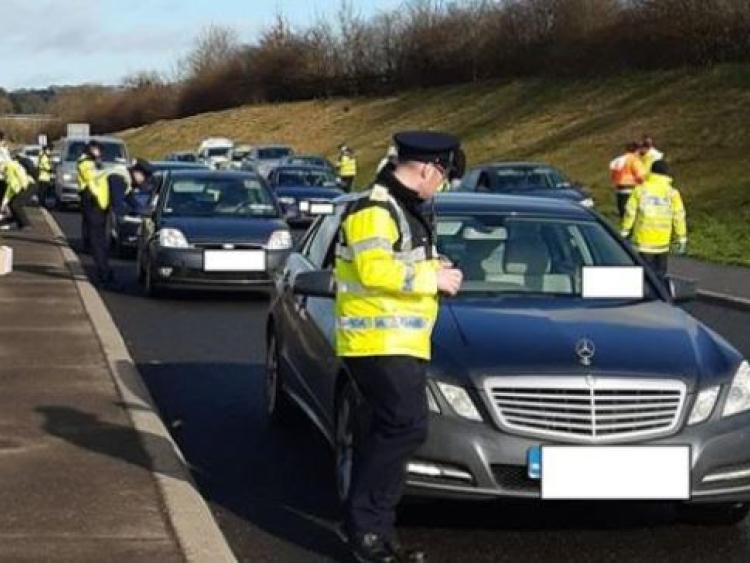 The checkpoint in progress

A high visibility Garda checkpoint, aimed at depriving criminals of the use of the motorway network, improving driver behavior to reduce road deaths and high visibility enforcement of legislation was conducted on the southbound side of the M9 motorway yesterday. 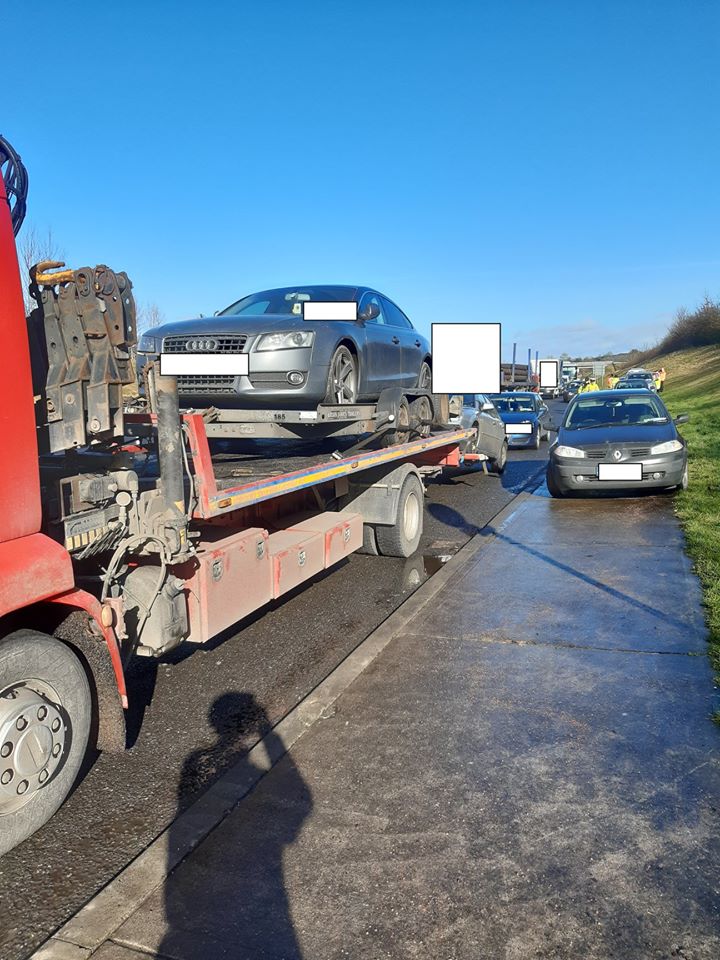 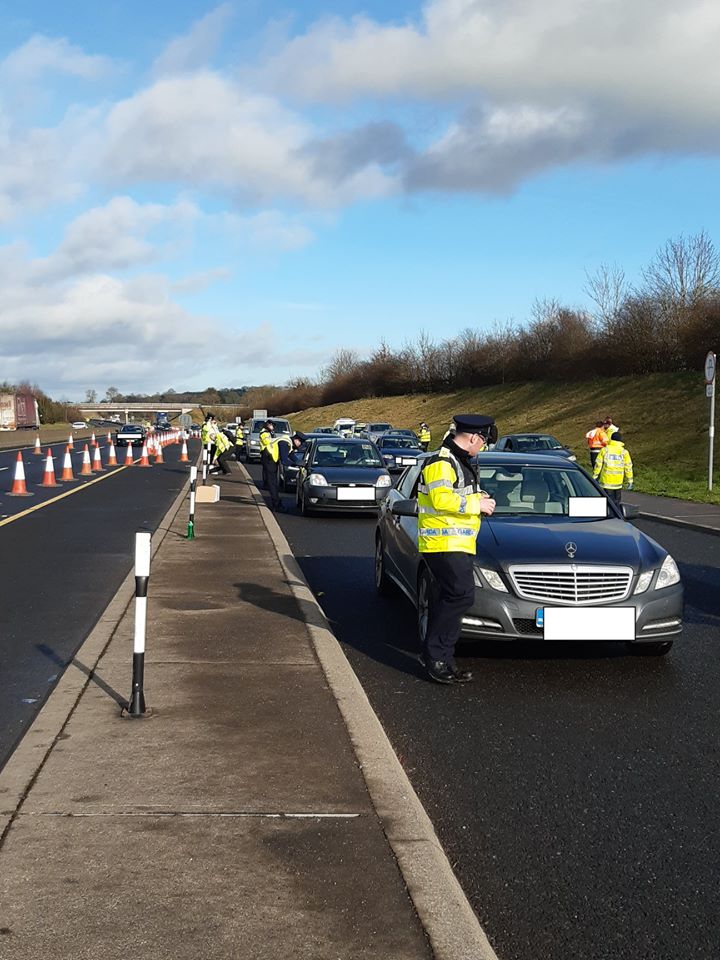 Gardaí utilised Active Mobility Devices which accounted for a number of detections during this operation. 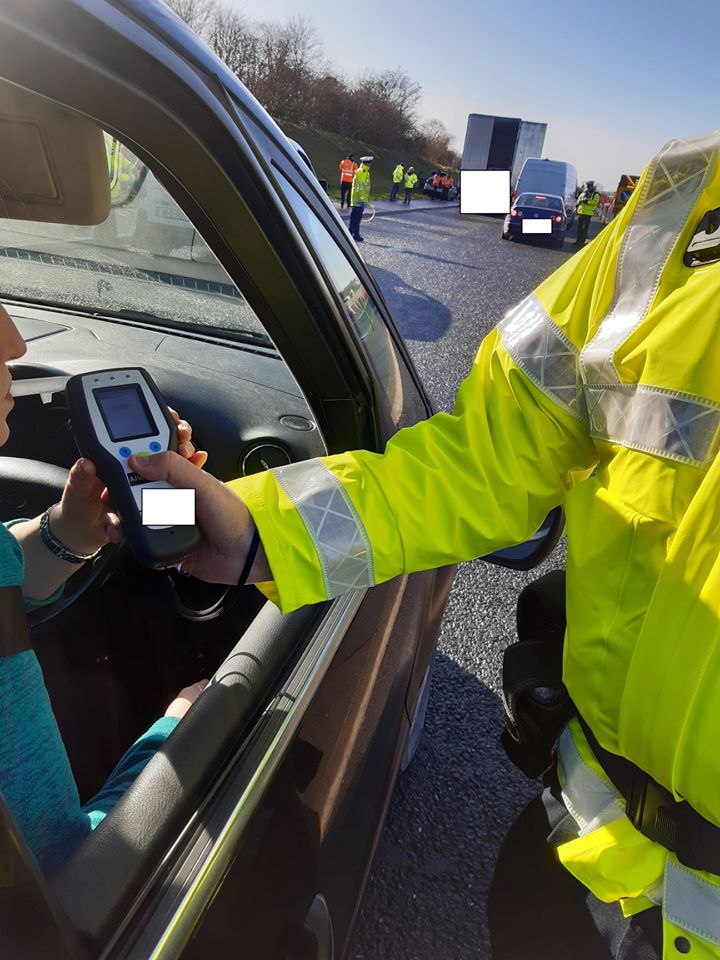 The Checkpoint resulted in:

* 668 Motorists Breath Tested for Drink and Drugs;
* 3 motorist arrested for Drug Driving – (Garda Mobility Device) - one of these motorists was driving while disqualified. He was arrested processed and brought straight to Court on foot of 2 live Bench Warrants;

* One motorist was further found to be disqualified from driving motorist and was arrested and charged;
* One motorist arrested for Drunk Driving;
* 7 Vehicles seized under Section 41 RTA (Tax / Insurance Offences/ – L Driver Unaccompanied) – and vehicle towing a trailer with incorrect licence;
* 40 Road Traffic Offences detected FCPN's and penalty points to issue - summons and court proceedings in other cases;
* One agricultural vehicle detected drawing an insecure load; 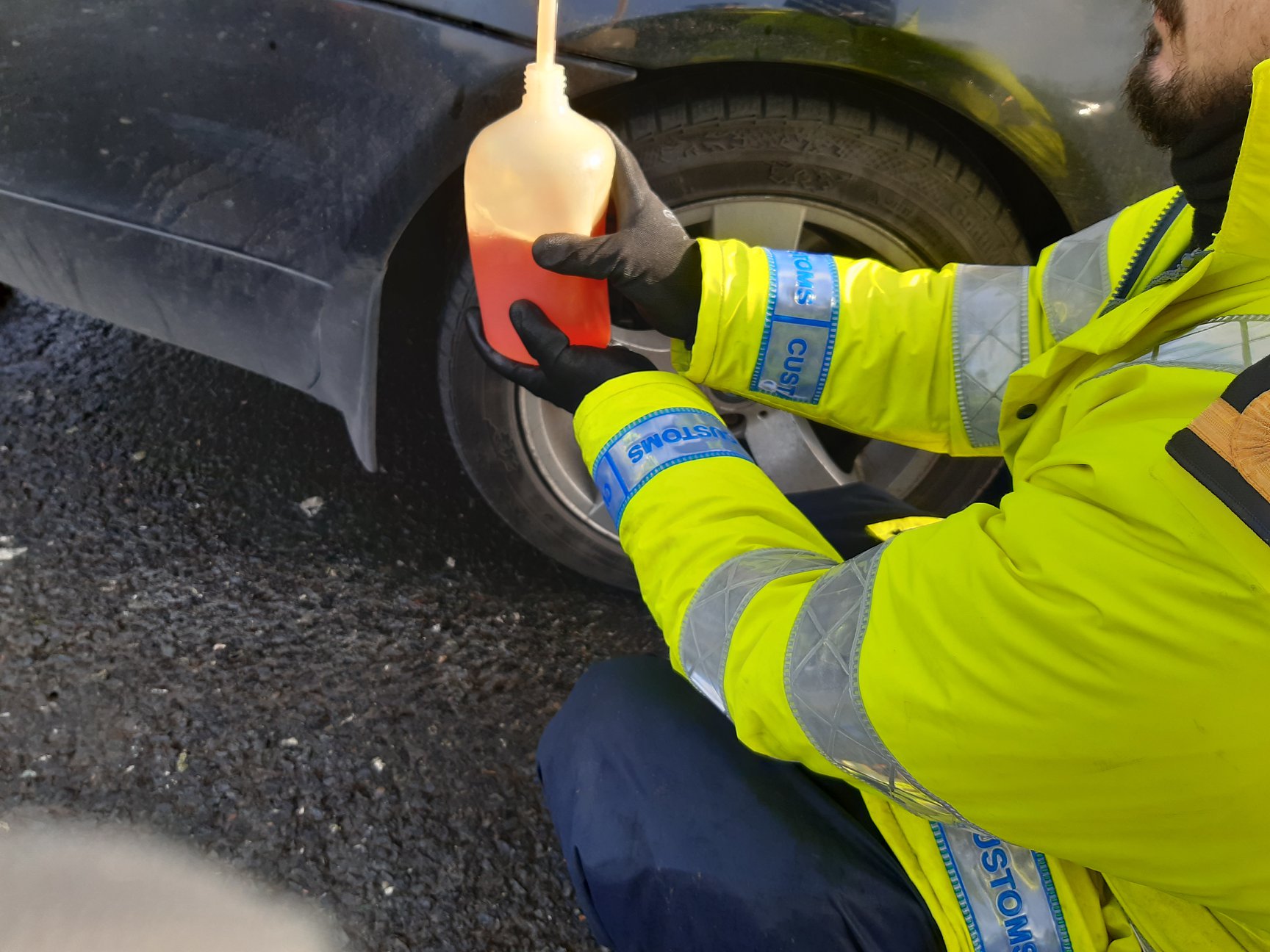 *HSA Officials carried out seven checks resulting in three follow ups and one FCPN of €500;

* Checks were also carried out by Department of Employment Affairs and Social Protection resulting in eight follow up investigations;

* Environmental Officers found eight cases of non-compliance for investigation – resulting in fines of €500.

An Garda Siochana said it would like to thank the public for their patience during this operation.