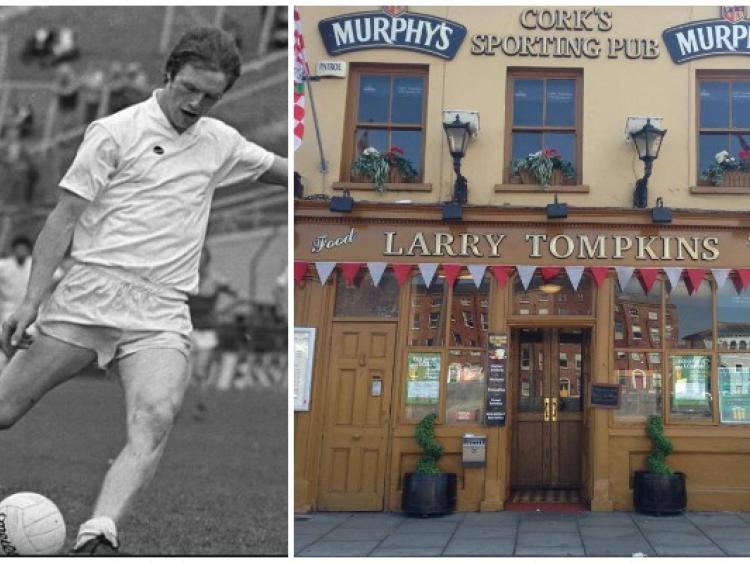 Larry Tompkins is retiring from the pub business

Tompkins, who has three All Star awards, played for Kildare for the first part of his inter county career.

The Lavitt's Quay bar has become one of Cork's best-loved sports bars, particularly supporters of racing, GAA, rugby and soccer.

Tompkins is retiring from the pub trade.

It includes a licensed premises on the 135 sq m ground floor augmented by a 180 sq m first-floor function room/lounge bar with fitted kitchen.

Its location is adjacent to the Cork Opera House and close to Patrick Street, Cork's main shopping street, as well as to shopping centres at Merchant's Quay, Paul Street and Half Moon.

Tompkins has traded successfully in the Lavitt's Quay premises since 1998.

The estate agents said the pub enjoys a current sound annual turnover and also offers scope to increase the business through new management.

Born in Rathmore outside Naas in 1963, Tompkins played football for Rathmore and Eadestown.

He later went to the US to find work and when he returned he settled in Crosshaven in Co Cork.