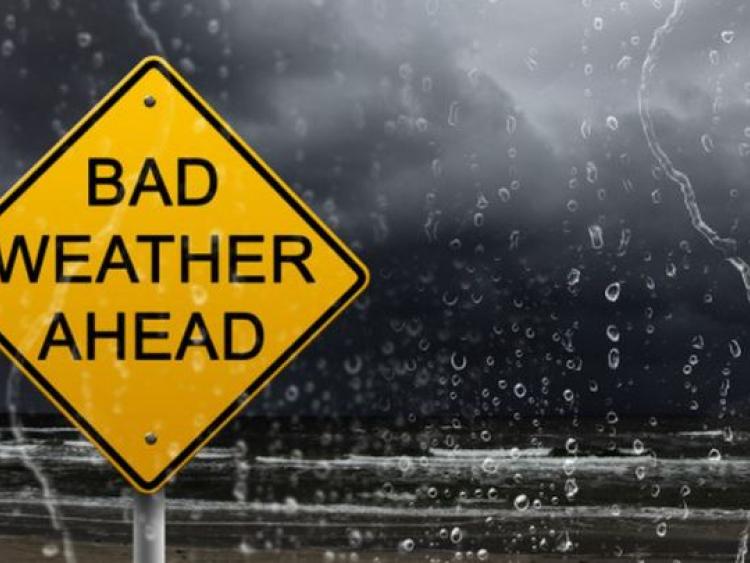 Pedestrians, cyclists and motorists, remember with Storm Dennis, it will become increasingly wet and windy this morning.

Outbreaks of heavy rain for much of the day with gale force southerly winds and some severe and damaging gusts, particularly in the south and east of Leinster through the afternoon.

The rain will be squally at times with a risk of embedded thunderstorms. Localised flooding is expected. Highest temperatures of 10 to 12 degrees.

Please drive carefully, and slowly. Factor in extra time to allow for sudden braking, in the case of fallen trees or localised flooding.

The rain will continue for a time tonight and will be heavy at times with a continued risk of flooding. It will eventually break up into showers towards dawn. Southwest winds will ease for a time inland, but gales will continue in coastal counties. Lowest temperatures of 3 to 5 degrees.

Very windy tomorrow with strong to near gale southwest winds and severe gusts. Widespread heavy showers in western areas with a risk of hail and thunder. Some of the showers may turn wintry on higher ground. Drier and brighter at times further east. Highest temperatures of 7 to 10 degrees, but feeling cooler with added wind chill.

Over the coming week, it will continue to be unsettled and turning cold for the coming days.

Sunday night: further showers overnight although they will become confined to western and northern coasts for a time overnight. But a more organised band of showers will move into the west before dawn. Strong and gusty southwest winds easing by Monday morning. Lowest temperatures of 2 to 5 degrees.

Early days of next week: severe winds will ease by Monday morning, but both Monday and Tuesday will still be windy and cold days with sunny spells and heavy blustery showers, especially in southwestern, western and northern counties, with a risk of hail and thunder. Some of the showers turning to snow at times, especially on higher ground. Drier in the south and east. Afternoon temperatures of 5 to 7 degrees with some frosts by night.

Rest of the week: becoming less cold on Wednesday with rain moving in from the Atlantic after a mainly dry start. Staying very unsettled through the rest of the week with wet and windy periods.

Merv Colton and his wife Sarah pictured on a previous trip

Naas has become a crime free zone thanks to coronavirus

Aid is on the way for County Kildare nursing homes

Weather outlook for the next few days

Yew Hedging is a popular option in Ireland

Kildare Gardening: Variety in hedging adds diversity to your garden

The Fit at Five club