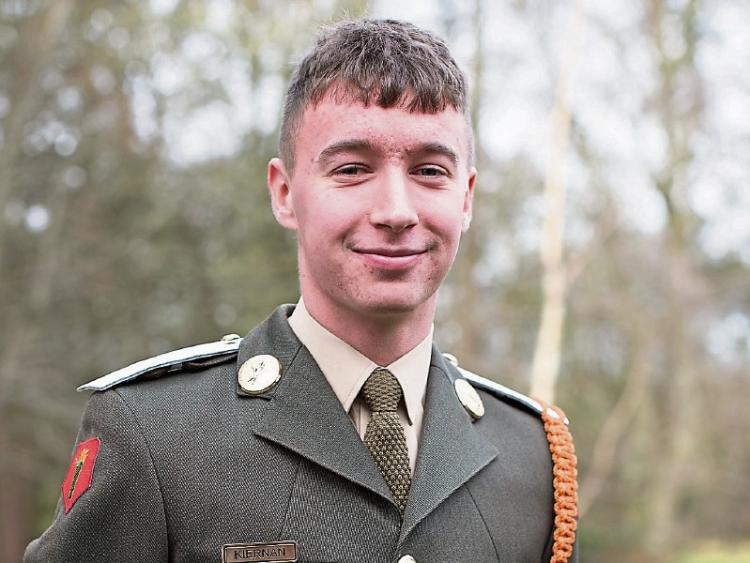 Twelve cadets from Kildare are among  91 cadets who have successfully completed a 15 month cadetship will be formally commissioned tomorrow at Dublin Castle.

The Kildare group is the second largest county  group after Dublin.

The course has prepared  them to take up appointments as junior leaders throughout the Army, Air Corps and the Armed Forces of Malta.

The Defence Forces said the group is  the largest Cadet Class in the history of the state.

It takes place at 2.00pm, tomorrow, Thursday, February 20 in the Printworks, Dublin Castle.

The Defence Forces said the class is comprised of thirteen officers who previously served in the Defence Forces and 26 university graduates with a range of qualifications including law, international relations, history, engineering, sports management, law, archaeology, geomatics and computer science.

A further five officers were in third level education prior to joining the Defence Forces.

A statement said that In receiving this Presidential Commission, the new officers will take an oath of allegiance in which they will swear to be “faithful to Ireland and loyal to the Constitution”. The Maltese Cadets will receive a certificate of graduation.

The ceremony will include the Cadets receiving their commissioning scrolls, the class performing ceremonial sword-drill and the class celebrating on conclusion of the ceremony.