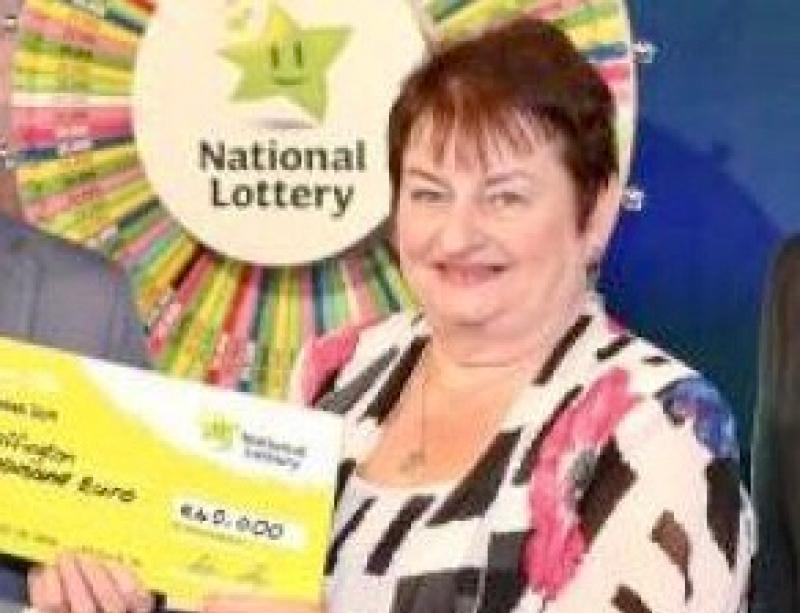 A grandmother is on a Winning Streak of her own as she was selected to appear on the National Lottery TV game show, Winning Streak, this Saturday just four months after she won €40,000 during her first outing on the show!

Back on 16th November 2019, Ann Skeffington from Cashel, Co. Tipperary, who is originally from Athy in Co. Kildare, won a cool €40,000 on her debut appearance on the show.

Ann is married to Jim for the past 47 years and the couple sat down together on Saturday to watch Winning Streak. Ann recalls: “I had only sat down to watch the show as I forgot it was back that night (Winning Streak was on a two week scheduled break) and straight away an ad break started. When it came back on air Marty and Sinead were drawing the names from the drum. I said to Jim: ‘I remember that chair’ and I was pointing to the chair I sat in back in November. All of a sudden, Sinead Kennedy called out my name. ‘What did she say?’ I shouted at Jim. I couldn’t believe my ears. I still can’t believe it. It’s such incredible luck and I’m really looking forward to my second run out on the show!”

Ann and Jim have three adult children (Padraig, Sean and Siobhan) and they are proud grandparents to ten grandchildren (aged from five and 22). Most of the grandchildren will join other members of the family and friends in RTÉ to support Ann this Saturday.

A National Lottery spokesperson said: “Getting on Winning Streak for a second time is a rarity, and there has even been one person who went on Winning Streak three times, but for most of this tiny cohort of lucky Winning Streak players there are years between their appearances. Ann Skeffington bucks this trend as she will celebrate her appearance on the show this weekend just four months after first appearing on the RTÉ One programme. Due to the Christmas break and scheduled breaks in the TV game show there have only been seven shows since her first Winning Streak appearance so this is unprecedented in all 30 years of Winning Streak. We wish her and the four other players all the best of luck on the night”.

Ann says that she did treat her own kids and grandchildren this Christmas but still hasn’t decided what to do with most of her €40,000 winnings from November. Whatever that turns out to be, you can be sure Ann can upgrade it with her incoming Winning Streak top-up windfall.

The Winning Streak National Lottery TV game show is co-presented by Marty Whelan and Sinead Kennedy and features some perennial favourite games including Play or Pay, Roll for Riches, WinFall and Electric Dream – where one player will win an electric car worth €25,000.

As ever one of the lucky five players will get the chance to spin the wheel and win up to €500,000. An exciting element of the show is that one €100,000 segment will be added to the Grand Prize Wheel every show if less than that amount was won in the previous show, improving players chances to win a massive prize.

The four other players for this week’s show are: