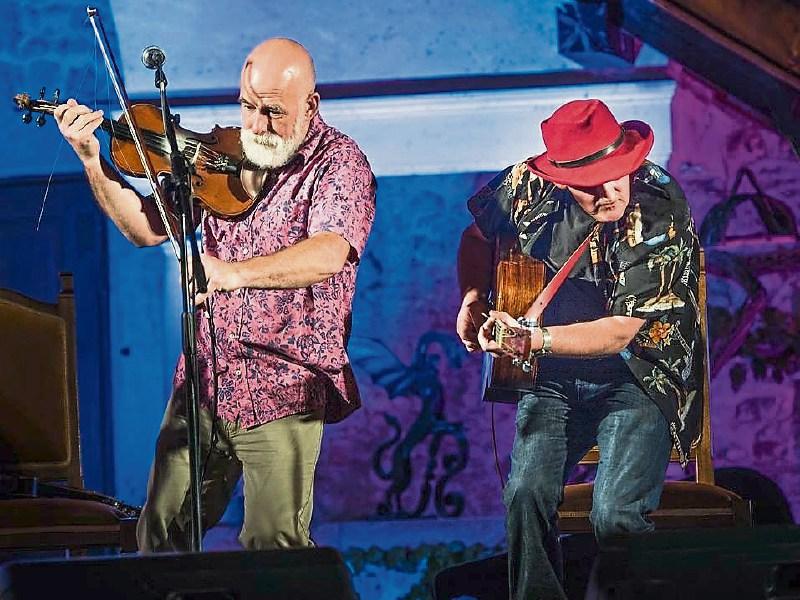 Frankie Lane and Paul Kelly will perform a celebration of their music in a reprise of The Red Hot Music Club in the backroom of Fallon’s Restaurant on Friday, March 6.

They played the original Red Hot Music Club one memorable night back in the early noughties. The Club had been established in The Red House Hotel (sadly destroyed by fire in 2005) to bring the best live acoustic music to discerning ears. It quickly established itself as one the best gigs in the land.

That night they played under the moniker of the El Paso Band in a never to be forgotten performance of gunslinger ballads.

Their legendary reputation had been established as frontmen of The Fleadh Cowboys, a country rock band whose regular weekend concerts at The Olympia Theatre in Dublin were the talk of the city.

An integral component of the success that was The Red Hot was the support act, where local artists stepped up to give us their best. Performing this slot on the night will be Mairead Carroll who many will know as a very fine fiddler on the trad scene. On Friday, March 6, however, she will take the mic to perform from her canon of song.

Doors will open at 8pm.

Tickets at €20 available The Kiosk, Main Street Newbridge, Fallon’s of Kilcullen or online from Eventbrite.