Nuns on the run at Naas’ Moat Theatre for Sister Act 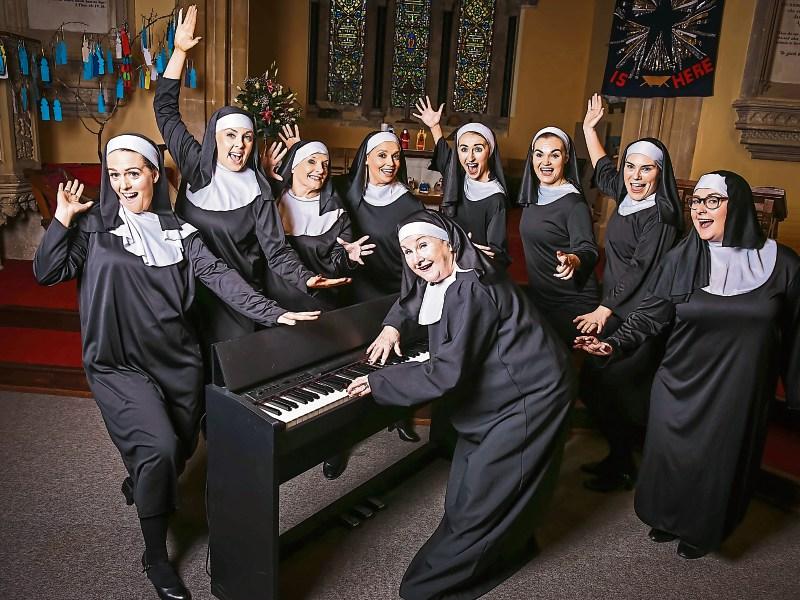 The Moat Theatre in Naas will come to life from March 7 to 14 when Naas Musical Society take to the stage with their 25th Anniversary show, Sister Act The Musical!

This is a divinely funny show, originally a movie made famous by Whoopie Goldberg. The story follows club singer, Doloris Van Cartier, who witnesses a murder and has to go in hiding — where better than a convent! She turns the convent upside down much to the frustrations of the Mother Superior and the delight of the convent choir.

The Naas production will star Dearbhail Downey as Deloris and Hannah Ryan as Sr Mary Roberts (the quiet one!). The show comes complete with its own rapping nun played by the society’s founding member Mona Conroy. The Monsignor is played by John Dooley with Dave Smyth taking on the role of the Pope.

The team have been putting the cast through their paces since December and they have been working incredibly hard to bring a top quality show to a Naas audience, and this lively show will have everyone from 8 to 80 clapping and grinning from ear to ear!

Tickets are available from the box office at the Moat Theatre, on 045 883030 or www.moattheatre.com.

All tickets for the Monday performance are sold out already with other nights in hot pursuit.