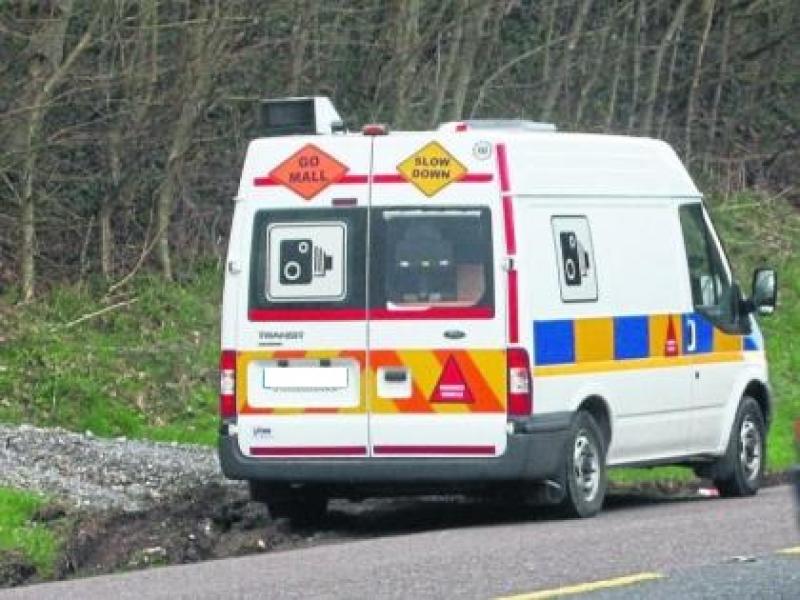 Gardaí have designated dozens of new locations across County Kildare where speed vans will operate.
The allocation to local roads, regional roads, dual carriageways and motorways has increased by more than one third from 55 to 75 .
Gardaí said the safety cameras will operate in areas where there is a history of speed related collisions.
Extra speed zones include two added to the M4 and M9 routes, one each added to the M7 and N7 and four added to the R445 which runs between Naas and Monasterevin.
All zones, which were effective from February 17, can be seen on an interactive map on the Garda website which provides GPS co-ordinates.
Overall, a total of 903 new safety camera zones will make up the new total of 1,322 safety camera zones nationwide.
Gardaí said positive results from promoting road safety in recent years must be sustained.
A spokesman said: “Road deaths have decreased from 415 in 2000 to 148 in 2019.
“This shows a dramatic reduction in terms of risk and a huge increase in terms of road safety.”
GoSafe, which operates the speed vans, will carry out 7,400 enforcement hours every month.
The speed cameras will operate from vans which are marked with high visibility reflective material and display a safety camera symbol.
Gardaí added that excessive or inappropriate speed is a significant contributory factor in road traffic collisions.
Gardaí also use a range of speed detection technology to reduce speed across Irish roads such as handheld and tripod mounted laser guns and vehicle mounted Puma speed detection equipment.
Gardaí appealed to all road users, in particular motorists, to familiarise themselves with the new sections of the road network.
Motorists were urged always drive at appropriate speeds.