It’s almost curtain up on the 62nd Kildare Drama Festival 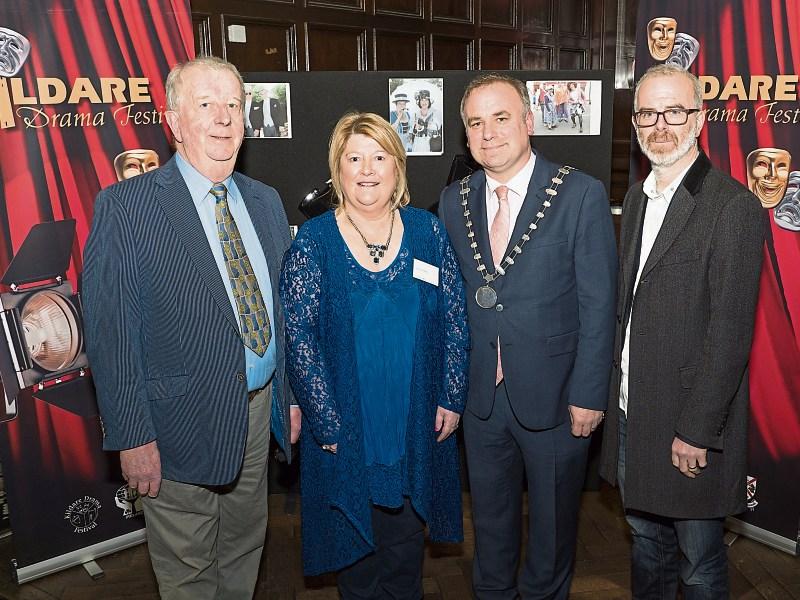 Kildare town is getting set for its 62nd annual drama festival. This year’s Kildare Drama Festival runs from Wednesday, February 26, to Friday, March 6, commencing nightly at 8pm with no show on Sunday night.

The Kildare Drama Festival Committee have carefully selected some of the top drama groups in the country to perform at this year’s festival with an eclectic mix of classic theatre favourites, side splitting comedies and modern dramas.

The festival kicks off on Wednesday, February 26, with Mullingar Theatre Lab’s production of One Flew Over the Cuckoo’s Nest which will be familiar to audience members as a movie starring Jack Nicholson.

Ballycogley Players from Wexford make a welcome return to the Festival on Thursday night, February 27, with Dreamland by Jim Nolan. Set in Ireland in the 1930s, the play tells the story of a returned émigré who plans to build a theme park around the skeleton of a whale and introduces jazz to the unsuspecting Irish public. Expect some chaos with the arrival of the local branch of the blueshirts.

Another Wexford group, this time Wayside Players presents The Cripple of Inishmaan by Martin McDonagh on Friday night, February 28. The Cripple of Inishmaan is one of McDonagh’s best loved comedies, telling the story of how Cripple Billy attempts to break into the movie business. It features a host of madcap characters as well as yella mallows, fripple frapples and mintioes.

Brideview Drama present Tom Murphy’s acclaimed Bailegangaire on Saturday, February 29. It is regarded by many as Tom Murphy’s best play, the original of which was commissioned by Druid Theatre Co and starred Siobhan McKenna.

The festival resumes on Monday, March 2, with The Blacksmith from Duleek Drama Group. An original play, this delightful comedy is based on the Cooley Peninsula as a film crew unsettles dark forces such as the Banshee and the Puca, when the Blacksmith is enlisted to help.

On Tuesday, March 3, the Festival is delighted to welcome our guests who are not in competition. Narraghmore Drama Group will stage their production of I Am the One For You by Jimmy Keary, a hilarious comedy about mixed up invitations and lovelorn bachelors.

On Thursday night, March 5, the Tinahely Variety Group presents Sean O’Casey’s much loved classic Juno and the Paycock, set in the working class tenements of Dublin during the Irish civil war period.

On Friday, March 6 — the final night — Dundalk Theatre Workshop present Duet for One by Tom Kempinski, about a world famous violinist who is struck with multiple sclerosis.

The play is followed by the final adjudication and presentation of awards.

The festival adjudicator is Alan Howley. Alan is an accomplished theatre and film actor best known to audiences for his role as Eoghan O’Brien in Fair City.

Admission is €12 per night with a reduced price for OAPs and students.

A special season ticket with reserved seating is available for an excellent rate of €50. Refreshments will be served during the interval.

Tickets are available from the Box Office nightly and also from Kildare Heritage Centre (045 530672).