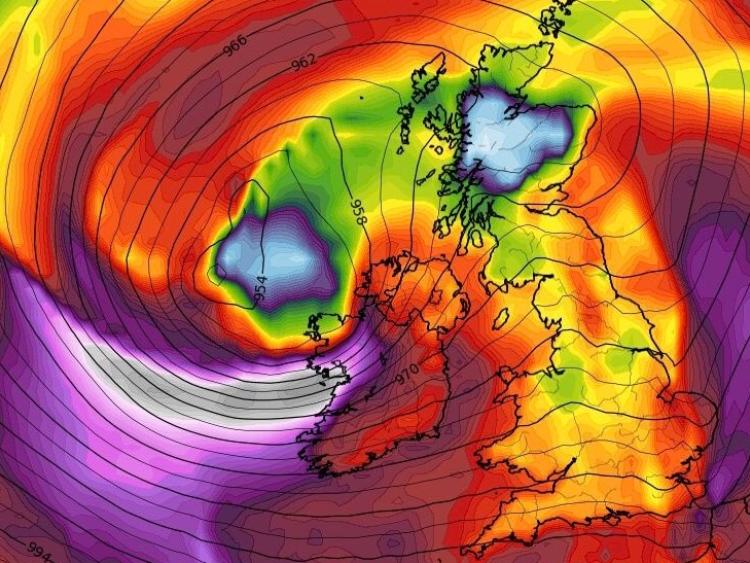 A Status Yellow Wind warning is in place for Kildare and the rest of the country from 9am on Saturday until 3pm on Sunday with gusts of up to 110km/h forecast.

Storm Jorge (pronounced hor-hay) has been named by the Spanish meteorological service. 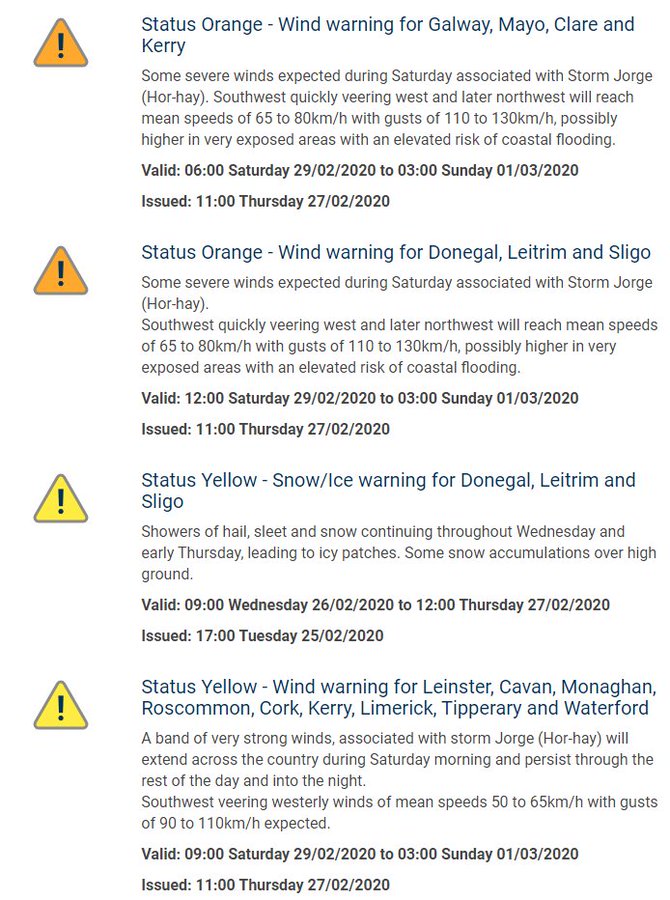 Forecasters are warning of very strong winds and heavy rainfall with possibly snow for Saturday.

Its the fourth weekend in a row of stormy conditions as the month of February has been battered by extreme weather conditions such as Storm Ciara and Storm Dennis.

Irish Weather Online said: "Saturday will bring an onslaught of very strong southwest to west winds concentrated on the Connacht coast, Galway Bay and extending inland towards the north midlands.
"Bands of mixed wintry showers will develop from the Atlantic feeding into various parts of the midlands and south Ulster."

"It is likely to be a wide mixture of precipitation types accompanied by very gusty winds 80 to 120 km/hr and a strong wind chill as temperatures will be steady in the 3 to 5 C range."

Met Éireann said: "Saturday will be a cold and windy day with widespread showers and coastal gales.

"Showers will be mainly confined to the west and south during the morning, but will become widespread as the day goes on, and will be a mix of rain, hail, sleet and possibly snow.

"There will also be a risk of thunder."