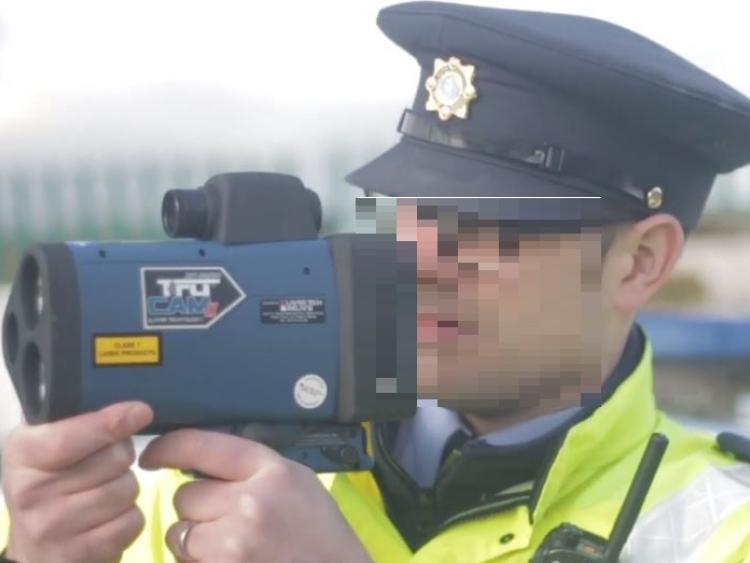 A garda operating the TruCAM II device this week

Kildare gardai have been trained in state-of-the-art anti speeding devices which can clock cars from up to 1.2km away.

The TruCAM II laser guns — which can also be used at night — will be able to detect the speed of vehicles before the driver may even see the garda.

A batch of 50 of the devices has been purchased by the force — and some will be in use in the Kildare Garda Division.

“The safety vans are all out there but also we’re giving new technology to our officers in Roads Policing Units.

“Some of the devices can go up to 1.2km in range so you may not see us.

“We can pick up a car from that kind of distance.”

He added: “I remind all drivers that the speed limits around the country are the maximum permissible limit not necessarily the safest due to changing road weather and traffic conditions.

“The new equipment enhances our ability to conduct speed enforcement checks over a 24 hour period.”

Locations on local roads, regional roads, dual carriageway and motorways has increased by more than one third from 55 to 75.

Extra speed zones include two added to the M4 and M9, one added to the M7 and N7 and four added to the R445 which runs between Naas and Monasterevin.
Gardaí said that the safety cameras operate in areas where there is a history of speed related collisions, known as speed enforcement zones.
The GPS co-ordinates of the new zones are on the Garda website.