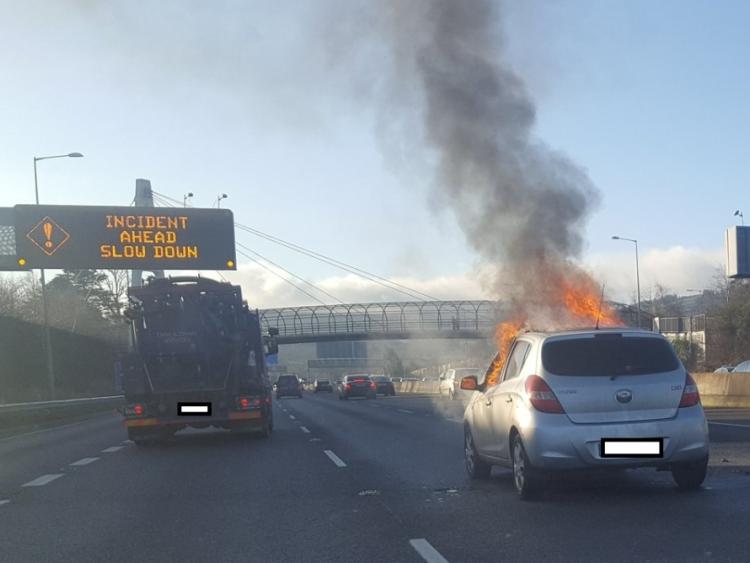 The 2011-registered car on fire

This was the scene of the long tailbacks on the M50 when a car bust into flames earlier this morning. 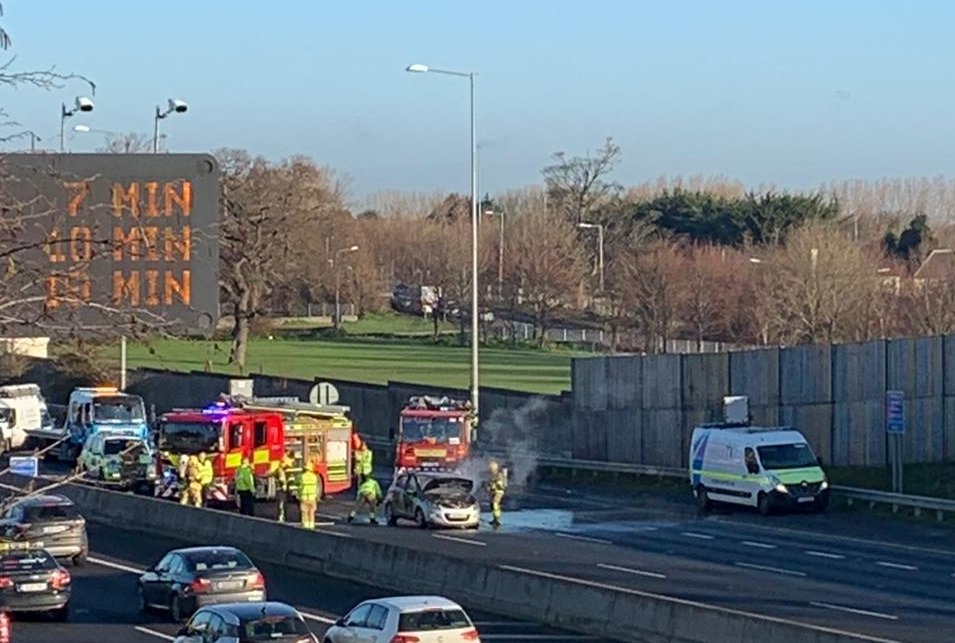 The incident happened on the southbound lanes just after Junction 11 (Tallaght). 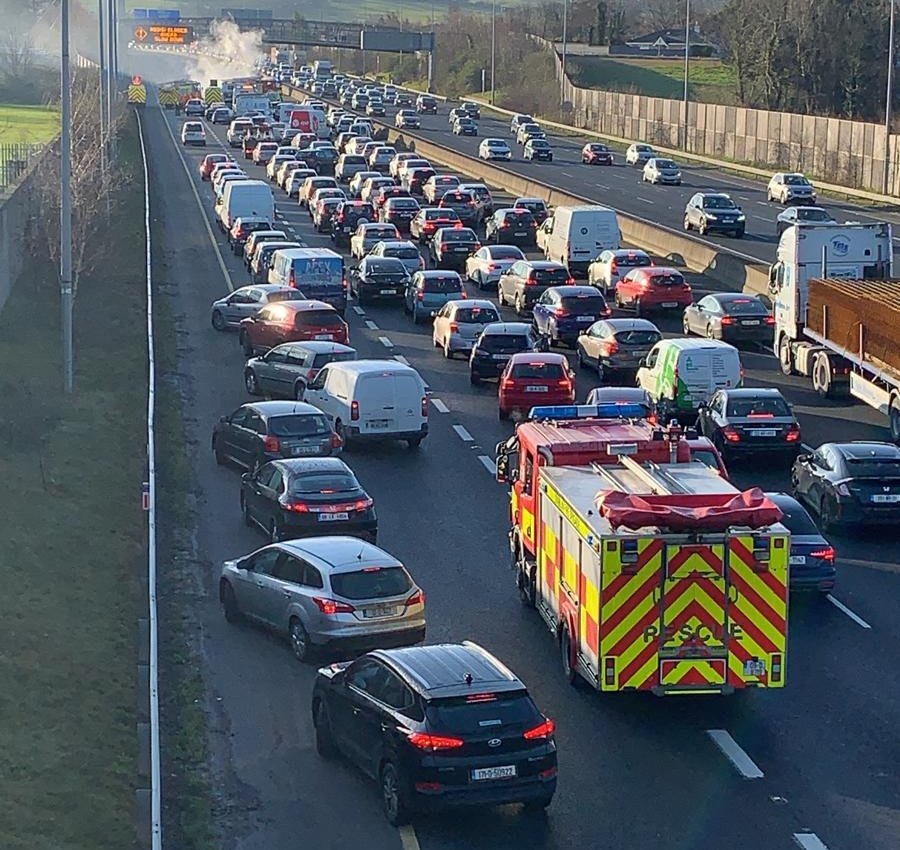 Dublin Fire Brigade as well as gardaí and ambulance crews responded to the emergency. 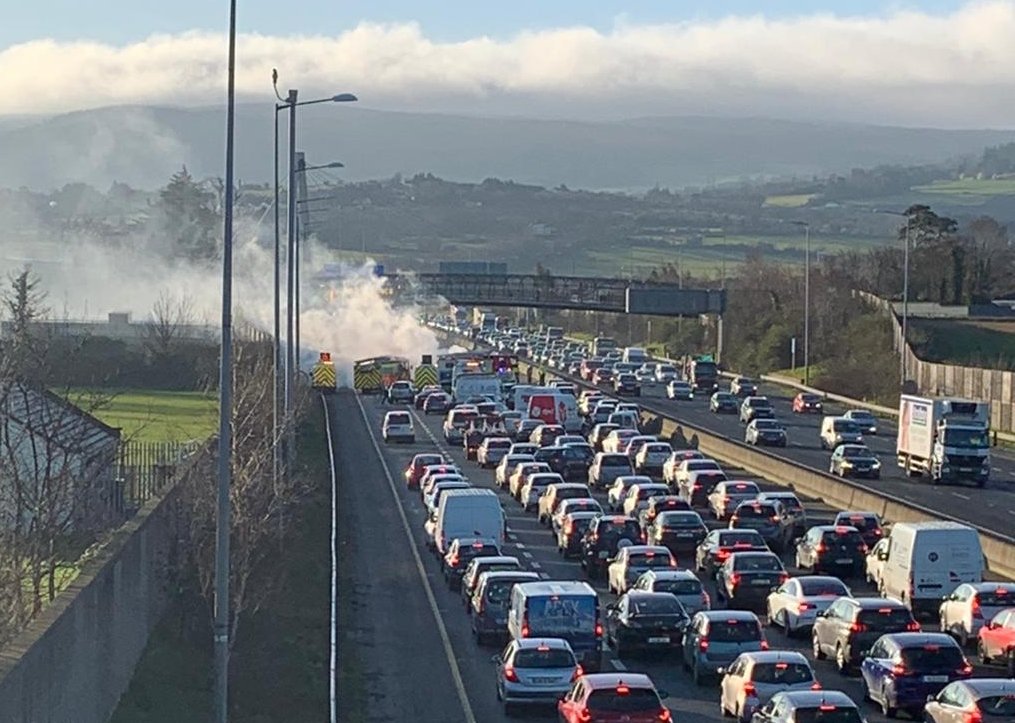 Motorists were caught up in resulting tailbacks for a time after the incident was dealt with and the obstruction was cleared. 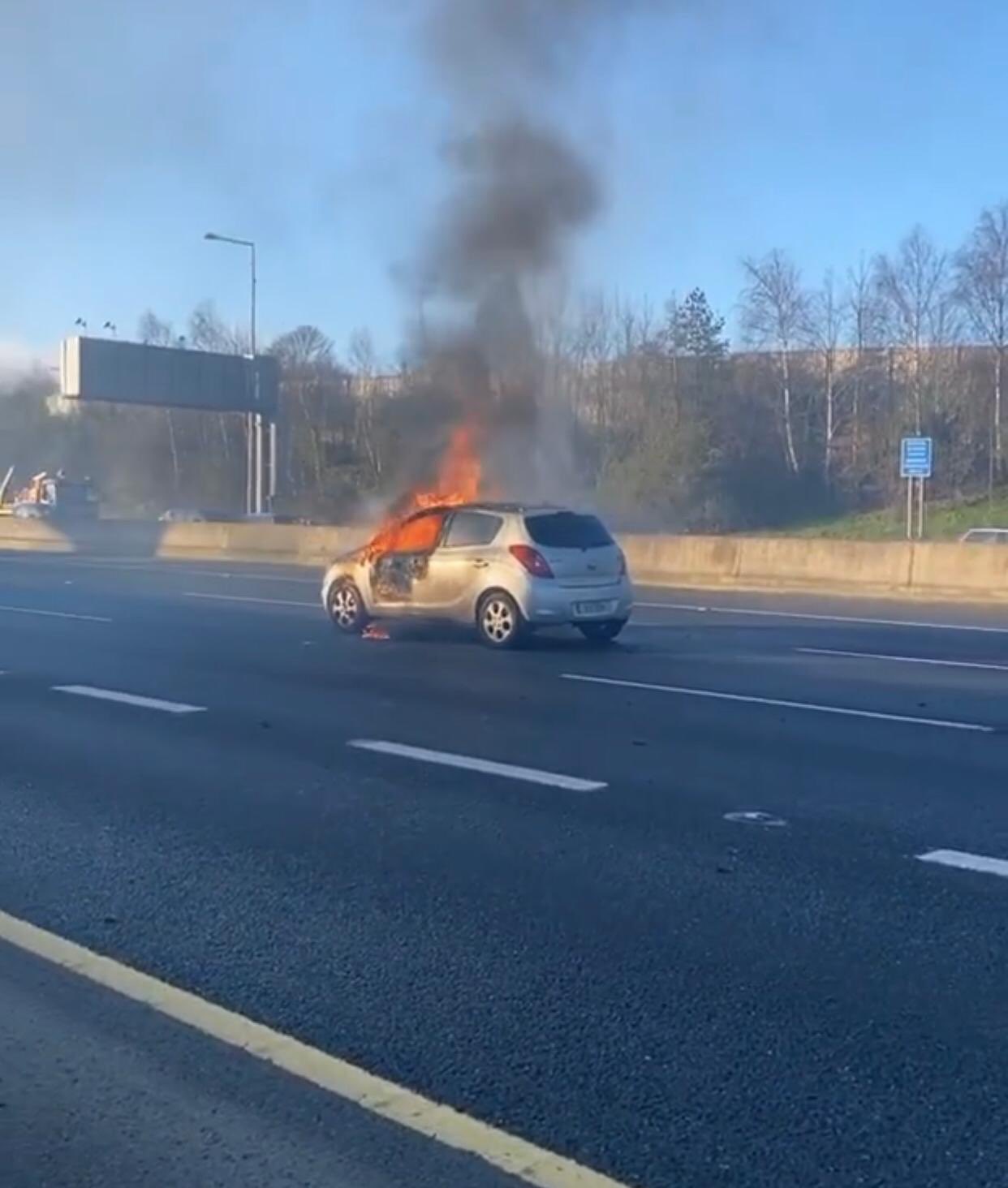 Photos posted on Twitter by Dublin Fire Brigade showed the extend of the queues of traffic across four lanes.