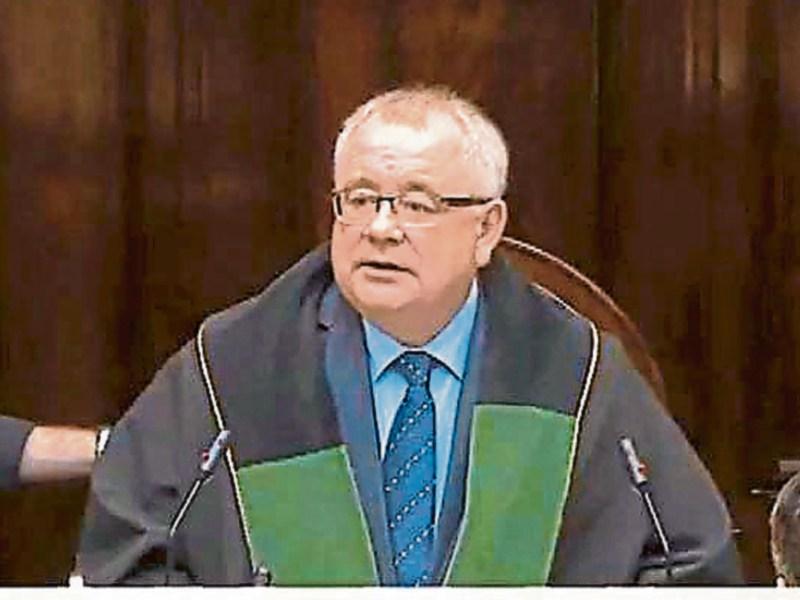 Kildare TD and Ceann Comhairle, Seán O'Fearghail, who wrote a reference for a convicted sex abuser in his constituency in 2006, has been called on to resign by child sexual abuse survivor, Shane Dempsey.

In 2006, while elected as TD for Kildare South Deputy O'Fearghail issued a character reference to Joseph Dempsey, who was jailed for six years for rape and 15 counts of indecent and sexual assault against his nephew Shane Dempsey from Rathangan.

Shane and his sister Emma-Jane had been calling in recent days for an apology from the Ceann Comhairle and for an end to politicians writing references for people in such circumstances.

He issued a statement in response which said that his writing of the letter was not done to seek a lesser sentence for a convicted paedophile, but to provide a reference as requested.

“I wish to state categorically that I did not then, nor do I now, condone rapists and inferences to the contrary are unspeakable and untrue.

“I cannot begin to imagine the devastation, destruction and horror experienced by those who are abused by the wrongdoing of paedophiles. The actions I took were not done to seek a lesser sentence for a convicted paedophile but to provide a reference as requested,” he said.

In his statement, which he said was “strongly caveated,” Deputy O'Fearghail said: “I stated that I knew him [Dempsey] to be a member of a very large, well known and well-respected local family.”

“I stated that I had been acquainted with the person through my constituency work and by also being a local resident. I also said that during those contacts I had never had any reason to question his decency or integrity,” he said.

“I added that, while I was not at all familiar with the circumstances surrounding the crimes of which he had been convicted, I knew that they were grievous in nature and I offered the testimonial not to in any way condone what had happened but simply to illustrate his standing in the community,” he added.

Shane and his sister Emma-Jane however rejected the statement released by Deputy O'Fearghail saying it “lacked any apology” and accused it of being “self-serving.”

This then led to the Ceann Comhairle, issuing a private apology to child sexual abuse survivor, Shane Dempsey which was hand delivered to his home yesterday evening.

In this letter he apologises "unreservedly" for the "hurt and pain that I have caused to you and your family by providing a reference for your uncle".

He adds, however, that he cannot commit to aiding Shane's character reference campaign, owing to his position as Ceann Comhairle.

The siblings in response to the latest letter have said that the only request Shane had for Sean O’Fearghail was to help him make sure that no elected representative should ever provide a character reference to a person charged with sexual offenses against children.

"He [Shane] has brought forward a plan to enact ‘Shane’s Promise’ where all elected officials, publicly, state they will not under any circumstances write a character reference for someone charged with sexual offenses against a child," they said.

"This is not legislation. This is not political. It’s to prevent any child from feeling separated from their community and feeling like they are in the wrong as Shane was made to because of Mr O’Fearghail's cruel actions. In his letter Mr O’Fearghail rejects an offer to help in anyway stating his role as Ceann Comhairle prevents him from doing so. Because of this, we believe the time has come to demand the Ceann Comhairle’s resignation.  This was not the outcome Shane was seeking but unfortunately Mr. O’Fearghail has given us no alternative. There are questions still to be answered in this situation like who put so much pressure on Mr O’Fearghail to write such a reference at that time. In a new era of 2020, Shane Dempsey requests that all elected officials take it upon themselves to voluntarily make a decision public statement that they will accept Shane’s Promise and will denounce the actions of Sean O’Fearghail."