Fines should be at least €500 says councillor 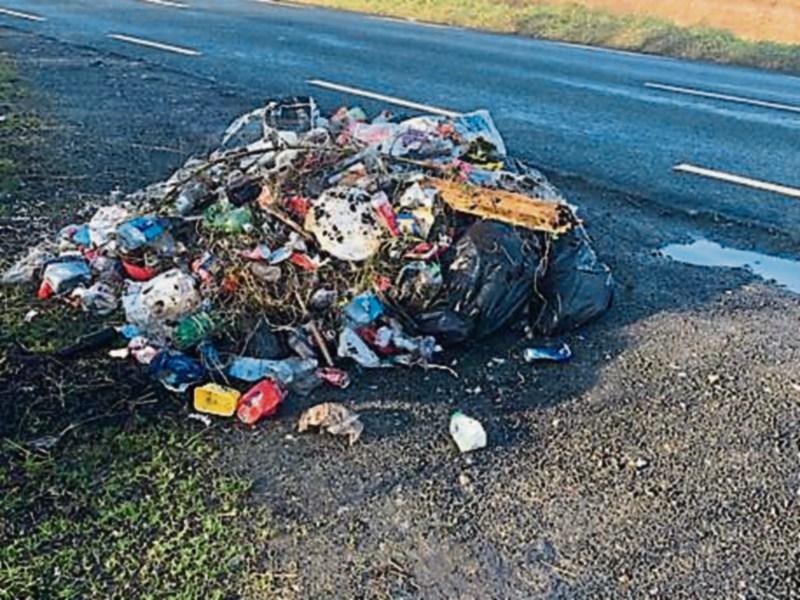 Dumping remains a problem for Kildare and other areas

Existing penalties for dumping and littering are not high enough, Kildare County Council has been told.

The council is to write to the Minister to seek a rise in the fine from €150.

Cllr. Brendan Wyse, who is also secretary of Allenwood Tidy Towns Association, sought the fine increase after he asked the Kildare County Council to confirm if it had the power to ask homeowners for evidence of how they dispose of their household waste.

The Council said that it had power under Section 18 of the Waste Management Act 1996, as amended, to do so.

Officials told the February 24 full plenary meeting of the council that these powers are “invoked by the council on a regular basis.”

It also said that Waste management Bye Laws 2018, which became effective in March 2019, and encouraged property segregation of wastes,  obliged “consumers to participate in an authorised waste collection service or to provide documentary proof” of disposal methods.

It said Section 18 worked well and 56 notices were served under it in the last year..

Following an awareness campaign  by the council and the Waste Enforcement Regional Lead Authority (WERLA) last year and a follow up this year, the council plans “targeted inspections in selected areas across the county.”

It said the situation regarding segregation, storage and presentation of waste “seems to have improved in the main towns since the introduction of byelaws.”

Cllr Wyse said he understood it was expensive to pursue unpaid fines but the council should ask the Department to increase fines to “at least €500.”

He said the community litter wardens were very diligent but fines needed to be higher.

Director of Services, Joe Boland, said the enforcement was an “intractable” problem and that fines were set on a national basis. They could not be raised in bye laws because bye laws cannot supersede national laws. “Where feasible we do pursue fines and with a certain amount of success.

Mr Boland said CCTV had some success but “people have become more clever than they were a few years ago,” at avoiding detection.

Cllr Mark Wall said they should lobby at national level for change in fines.

Cllr Bill Clear, who is vice chairperson of Naas Tidy Towns Association,  said there is a disconnect between court and fines. “It is a tough one. A small amount  of people do it (litter) but they do a lot of damage.

Cllr Kevin Duffy said that making the stick bigger did not solve problems.

Cllr Nuala Killeen said you need a stick and a carrot. “It is very difficult to track people,” she said.

Cllr. Wyse was supported by Cllrs Wall and Clear, and other councillors, on his request for the council to write to the Minister for the Environment to express a desire for an increase in the current €150 fine for litter offences.

Cllr. Wyse said after the meeting that he  is under no illusion that a letter to the Minister will instantly deliver increased fines, but he still believes that it was an important action to take, “The letter simply provides feedback to the Department of the Environment that the people that are fighting the problem of fly tipping on the ground, feel that the crime needs to penalised more heavily. The opinion of one county might not make a difference in the short term, but eventually some action needs to be taken at national level and at least we have spoken up in that regard.”