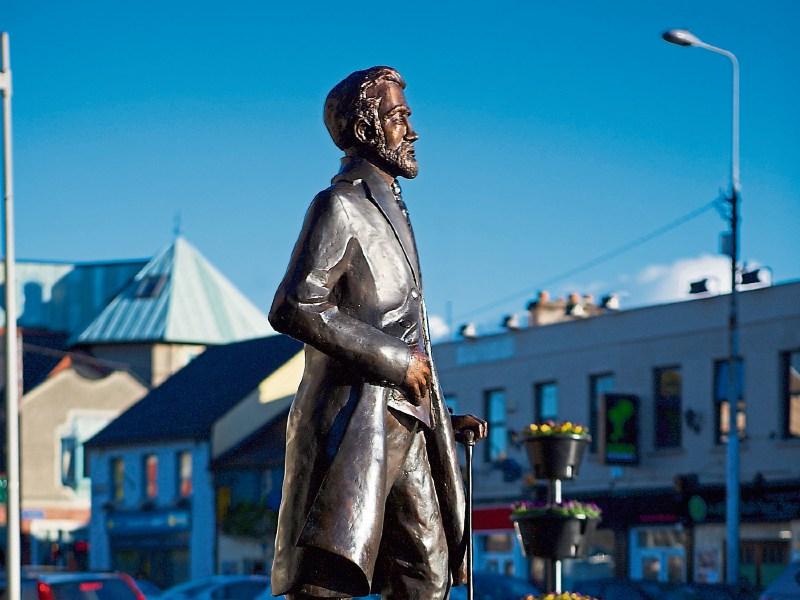 The statue of John Devoy in Poplar Square, Naas

A portrait of Irish rebel leader John Devoy, who was born at Greenhills between Johnstown and Kill, is to be put on display inside the entrance to Aras Chill Dara, Naas.

Historian and local councillor Seamie Moore said that the portrait was presented by Defence Forces officers to Naas Town Council following the closure of Devoy Barracks.

He added it should be displayed at Aras Chill Dara “until a final viewing place is decided.”

The Army Apprentice School was based at Devoy Barracks, the site of Aras Chill Dara and the Osprey Hotel, and electricians, fitters, radio technicians, motor technicians and carpenters were trained at the school.

The portrait is currently housed in the local history and archives collection at Newbridge library.

It was taken there for safekeeping from the Naas Town Hall because of impending work to construct a new library there.