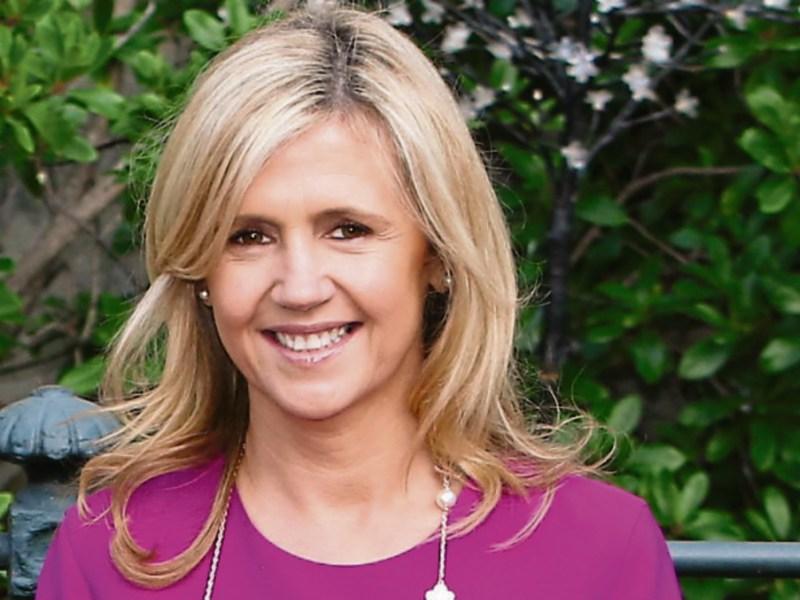 “It is a world of wonder and magic to make sick children’s lives better.”

Dee Ahearn, who has been the CEO at Barretstown for the past 10 years, and her “amazing” team are still celebrating their recent award for Business of the Year 2019 at the Kildare Chamber of Commerce Business Awards held last November.

Getting an award in the business category is no mean feat for a charity and was something, she said, they strived for over the past number of transformative years.

“We have an amazing team here and we have been through some very challenging times for the organisation. I began by focusing on income diversification — we were relying on the same donors to keep us afloat.

“This involved a major strategic review and I looked at our expenditure — where we were spending and where we could grow and expand and develop the organisation.”

This meant for some tough choices, including some job losses and fewer staff, but she maintained that it was always with an eye on costs.

“I had to make sure that I had the right team in place to support the new vision for Barretstown. We are highly proud of all that we have achieved.”

This included the development and the implementation of a Strategic Action Plan, which has ensured the long-term sustainability of the organisation.

And the figures speak for themselves. Dee has overseen an increase in camper numbers by 439% from 1,792 in 2010 to 9,675 in 2019 by expanding illness groups served and introducing innovative outreach programmes.

The Kildare-based charity Barretstown is a camp synonymous with serious fun for children battling childhood cancer.

2019 not only marked Barretstown’s 25th anniversary since it was set up by Hollywood legend Paul Newman, it also reached a significant milestone of supporting 50,000 campers.

In addition they won Best SME Business with 21+ Employees in recognition of their positive impact across the county.

But back to basics — Barretstown’s mission is to rebuild the lives of children affected by serious illness, through life changing Therapeutic Recreation Programmes. “It is 25 years ago since Paul Newman set it up in 1994,” she added.

“He always felt that luck played a big role in his life and he realised that children with a childhood illness weren’t so lucky. He also realised that there weren’t any camps where they could go to during the summer in the US so he set up his first ‘Hole in the Wall Gang’.”

Word spread fast and soon he was looking outside the States for a European based camp.

“He decided upon Ireland and he got a 99 year lease on Barretstown at a cost of one pound a year from the OPW. We have served 50,000 campers since then. I’m sure he would be very proud of his legacy.”

There is no denying it is a special place. Pictures of smiling, happy children involved in many an activity cover the walls alongside photographs of the man, Paul Newman himself.

A tour of the facilities shows how much it has grown over the years to include a state-of-the-art volunteer centre and dining area as well as medical centre to keep the children’s medicines.

There are family rooms, a theatre, a lego centre and a shop as well as a sensory garden all set amid Barretstown Castle.

“We run it like a business,” Dee explains as we walk the grounds.

“I have a corporate background and we strive to meet the growing needs of children affected by serious illness. Plus donors want to see how their money is being spent. We are really delighted that we have been benchmarked against other businesses.”

Currently the camp requires the help of its 2,500 annual volunteers to run effectively.

And the plan is to increase that number.

“We have 58 staff which rounds up to 100 during peak time and 2,500 volunteers each year, all of whom are interviewed, reference checked and garda vetted. We couldn’t do it with out them and they all say that they get so much more out of it than they ever imagined.

“We need to recruit more volunteers however as we want to see 4,000 volunteers by 2024; that’s an 83 percent increase over the next four years.”

They currently run a partnership with DCU and an outreach programme that sees teams going to hospitals to engage with members of the families who have just received the devastating news.

“We want to rebuild the confidence and self esteem that cancer takes away. Sick children arrive here and seven days later parents say they return with a different child. Volunteers get to experience the magic and we have people who return every year to us.

“Cancer treatment can last up to three or four years - and that is a long time, especially in childhood - so our mission is to serve every child in Ireland with a serious illness.”

“We have ambitious plans and we are very proud of all we have achieved so far.

“We have an amazing and supportive community here and we want to keep growing, being innovative and not standing still.”