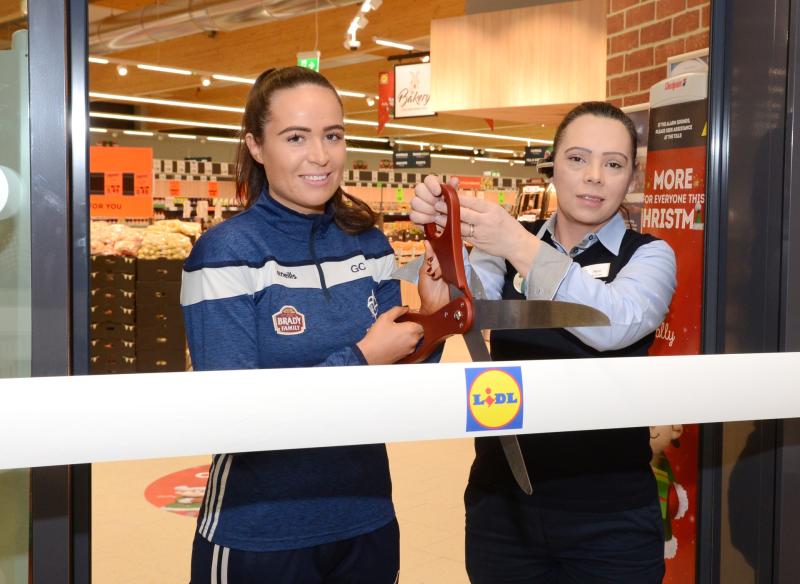 Almost €42 million invested in local suppliers and external partners in Kildare by Lidl Ireland in 2019.

The news comes as Lidl launches its 2019 Impact Report, detailing the positive economic and social impact that the company has made within the communities it serves throughout Ireland.

438 people are employed directly in Lidl’s eight stores and one Regional Distribution Centre in Co Kildare.

Lidl’s community partnership with FoodCloud not only provides local charities with donated meals and in-kind donations but also works to reduce food waste. In 2019 the national partnership diverted 230,699 kgs of food from being sent to landfill and saving 738,237 units of CO2.

In 2019, Lidl entered into the fourth year of partnership with the Ladies Gaelic Football Association (LGFA). In Kildare, ten LGFA clubs benefitted from new jerseys and sports equipment through the partnership. Many more clubs look set to benefit from Lidl’s support in 2020 through the recently launched One Good Club™ programme, a youth mental health and wellbeing programme for LGFA clubs across the country.

This year marks Lidl’s 20th anniversary of its establishment in Ireland. In that time, the retailer has opened 163 stores across the country and forged strong partnerships with a network of over 250 Irish suppliers, sourcing €1 billion worth of produce across the island of Ireland.

Other major milestones of the past 20 years include:

A €100 million investment and creation of 250 new jobs at Lidl’s new Regional Distribution Centre in Newbridge, Co Kildare in 2019