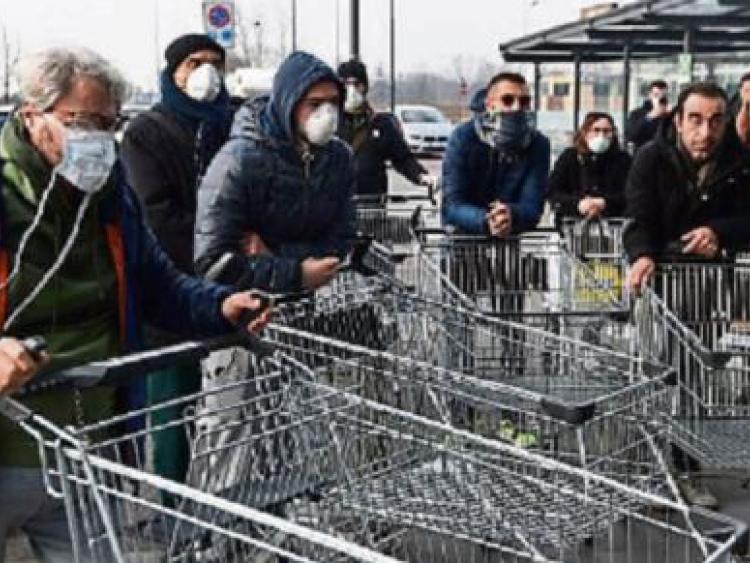 Markets have plummeted since the corona virus outbreak - but don't panic, they will bounce back again!

When I started off writing this article last week, markets had reduced by 6% over the space of two days.
By the end of that particular day, markets dropped by a further 4% which meant it was one of the fastest declines in stock market history.

The Dow Jones Index, for example dropped 1,191 points, its worst one day drop in its history. This index has now dropped more than 10% below its most recent peak, by which definition a market correction has just occurred – it’s not a crash though.
Because we are in a period of bad news with the Covid-19 outbreak, markets are reacting very negatively. However, it isn’t the first time that an unforeseen, shocking external event has happened.

History is full of disasters which is why I thought it would be useful to start out by putting some historical context into what’s happening right now, because it might provide us with some guidance and re-assurance. While no-one can predict the future, it’s comforting to know that within months, sometimes even days, markets rally after something terrible happens.

Let me give you some examples.
I can’t compare every single market, because there are just too many of them, so I’m going to use just one as a reference, and it being the S&P 500. It’s a good benchmark to use and we can look at what happened to it, during and after a serious event occurring.

Since 1950, there has been 34 instances when it lost more than 6% of its value in two consecutive days and given there were 17,655 trading days during this time what is happening now has only occurred 0.2% of all trading days, or on average, once every two years.

So, what happened last week has been quite rare.

Let’s look at events that may have triggered some of those sharp declines and what happened to markets following them.
When JFK, was shot dead in November 1963, markets recorded an immediate 2.90% loss, but 22 days later it had increased by 7.2%.

Of course, there were instances when it took a lot longer for markets to recover most noticeably, the crash of 2008/09, when it took six years before markets returned to their previous all-time highs, but if your time horizon is long enough, it doesn’t matter that selloffs are occurring right now, because time is your friend and don’t forget that.

The stock market is very fickle, and fear is always the driving force behind why traders panic and start selling. Investors like Warren Buffett know this hysteria will pass. Only last week he was on CNBC telling people they shouldn’t sell their shares or go into cash, simply because they read or listened to apocalyptic headlines. His reasons for saying this, by the way is to stop you from locking in losses and giving up gains when the market rebounds.

As I see it, the approach of the large news outlets around the world, to reporting financial news is about scaring people, because fear makes people pay attention and fear sells. Unfortunately, being scared makes you make rash decisions. One minute you’re fine and happy with how your fund is structured, because markets are going up, and then bang something happens, the news is bad, and you think your savings are going to be wiped out because of what you read or heard.

Will Covid-19 have an adverse effect on the economy and impact your pension or investment values? Of course, it will in the short term, but in the long term markets will recover as will your account balance. So my advice is not to panic, this storm will pass.

Even though markets have dropped and your fund impacted, try having the mindset of someone like Buffett who believes he’s now buying equities that are on sale, and you’re doing exactly the same thing if you stand firm, and continue to buy equities at the same percentage rate you did last month.

This is the approach some investment managers are taking right now. One very large financial institution told me last week that with the large sell off we’ve seen, rather than reduce their exposure in equities, which people might think someone like them would do, they’ve done the opposite and have increased their exposure in equities across their multi-asset funds by 5%.

Volatility is a constant in the market whether you know it or not, and on average the S&P 500 index falls 10% once every 11 months. If people were aware of this, they would be less worried, knowing how common these fall in values occur.

Here’s something else you should remember. Despite the big decline, the market is only back to where it was in Mid-October ’19. If you were invested in a reasonable fund, let’s say one that has a risk rating of 4, you’re probably only back to the level you were at four and a half months ago.

Keep reminding yourself you’re in this for the long haul, and corrections in the market take place all the time, this one is just getting more airtime because of the underlying reason, which is an infectious disease that is spreading throughout the world and taking the lives of those who are already sick with underlying illnesses.

Even if you’re coming close to retirement, you’re still in this for the long run. The plan is to continue living for the next 25 or 30 years. And that’s plenty of time for your fund, which should be only partially exposed to equities, to bounce back from declines like this one.

I read an excellent analysis of the Coronavirus virus last week by a very well respected equity strategist in the US, and what he thought its impact on markets would be. He said that while he didn’t want to diminish the seriousness of the virus, and how people’s lives are being lost because of it, he didn’t believe the negative impact would last very long.

His reasoning was, from an economic perspective, viruses, natural disasters, assassinations etc. represent demand deferred, not demand destroyed. Which means, the coronavirus may disrupt the supply chain for things like the iPhone, meaning the newest version may not be released in September, but if it comes out in December, people are still going to buy it, just later than planned.

The goal of most people is to save money that will grow over time, outpaces inflation, and never goes to zero, and being invested in a well-diversified managed fund is generally the best way to achieve that goal.

If you’re still confused and don’t know what to do, reach out to someone with experience, who can talk you through the anxiety you could be feeling, which is perfectly normal by the way. And if you’ll sleep better by moving some of your portfolio into cash or bonds, then do so. But I’d caution you against making big changes. Don’t forget being invested in the stock market is a good thing, it’s your protection against inflation.

If markets fall by another 5% or 10% and they flatline for a while, when they start to rise again, their values are likely to be greater than the average price you paid for them over the past decade, and again that’s something that can be lost on people.
Finally, I want to put this reduction into perspective and run some numbers for you, because I’m hoping once you see them, you mightn’t feel as bad as you may have last week.

If you earn €50,000 and started a pension five years ago where your employer contributed 5% of your salary and you matched it, and assuming you earned a modest growth of 5% per annum, the amount in your pension fund would now be €28,408.

The amount you personally contributed each month after tax relief was €125. Which means over that five-year period, your input was €7,500.
But, through a combination of an employers’ contribution, annual growth and tax relief, the amount in your fund grew by €20,908.

Okay, your fund may have gone down in value by 10% because of the coronavirus, meaning your fund reduced in value by €2,841. But don’t forget, in this example you’ve only personally contributed €7,500 so you’re still up €18,067 which is an increase of 241% over five years.

So, you can look at this impact in two ways (a) be upset that your fund has gone down in value by 10% or (b) be happy that even though markets are down, your fund has still grown by 241% over the past five years, when you consider the actual amount you put in.

And if you didn’t have any employer contributions, you’re still up 170% over the past five years, even with this recent fall.
You can run the same scenario for people who have been contributing for 35 years, and they’re still way ahead of what they’ve personally contributed, which is sometimes forgotten by people. But unfortunately, it’s just the way we are, because losses make us feel worse than gains make us feel better by a factor of 2:1.

I’ll leave you with a wise comment by the great Jim Rohn, a superb motivational speaker and author, who used to say when he was alive, that good news usually follows bad news.

And, we are in a period of bad news with the Covid19 outbreak, and markets are reacting negatively. But as I said already, history is full of disasters, but here’s the thing: markets recover and I’ve sure the same will happen in this instance - Liam Croke.