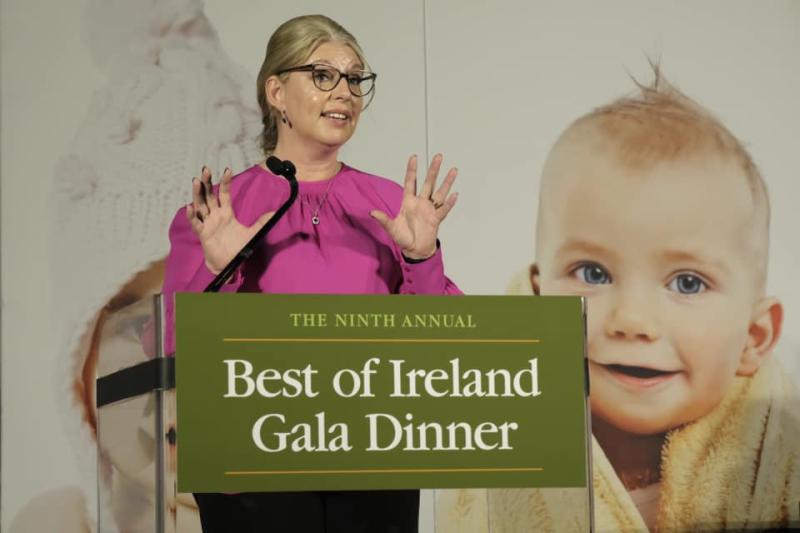 A familiar face perhaps to the business community of Co Kildare, Noreen Doyle, founding director of The Irish Biltong Co (who once rejected an offer from the infamous TV Dragons), was one of the key speakers at a gala fundraiser in New York last week.

PRO for Network Ireland Kildare branch and well known as the other half of John Doyle of Haynestown Meats, it was in her capacity as a mother that Noreen joined guest speakers including former Taoiseach, Enda Kenny and professional golfers Graeme McDowell and Pádraig Harrington at the Best of Ireland Gala Night in New York. 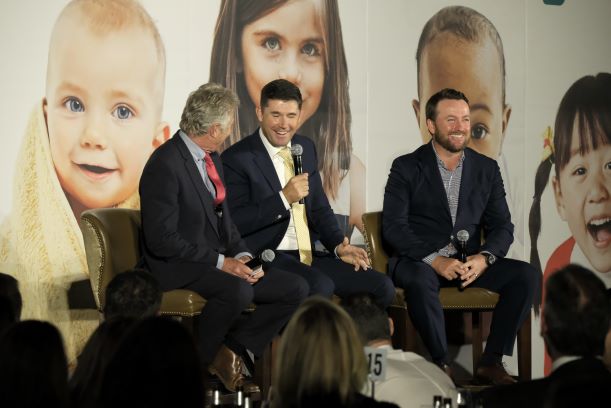 “It was in my capacity as a mother who has reaped the benefit of clinical trials and research into childhood cancers that I spoke at the gala event which was hosted at Manhatten Athletic Club in New York last week”, said Ms Doyle who was completely in awe of the amazing support and hospitality extended at last week’s benefit night.

Over 50 years ago, the Children’s Medical and Research Fundation (CMRF) was established in Ireland with the sole aim being to promote and raise funding for paediatric research. Ireland has since established itself as an international hall of excellence and innovation in paediatric medicine.

With a limited gene pool and with very little genetic variation, this fact alone places Ireland in a unique position to carry out research on the root causes of childhood disease.

“Since 2012, the Best of Ireland Gala Dinner has helped raise almost six million dollars for pediatric research into childhood cancers,” she said. “We’ve been on the journey of the upgrading of St John’s Ward in Our Lady’s Children’s Hospital, Crumlin and our children James and Kate have thus benefited”.

Ms Doyle was high in praise of the close knit partnership forged between CMRF in Ireland, the G-Mac Foundation founded by professional golfer Graeme McDowell and the Ireland Funds, all of which demonstrates the power that people and organisations can make, when they work together towards a resolution.

“Focused on delivering a child centre and research model that is inclusive of the needs of children and representative of the challenges they face, the research fund and the Best of Ireland is working to making it easier for children battling ill-health” she said.

“Incredibly, the aim last week was to raise $250,000 for one clinical trial. However, an amazing $820,000 was raised – with further monies due. That will make such a difference, and possibly see at least 3-4 children avail of clinical trials.”

Ms Doyle is also secretary to ‘Bumbleance’, which under the umbrella of the Saoirse Foundation, provides dedicated ambulance services for the transportation of children and their parents to/from their cancer treatment - and the service is totally self funded through voluntary fundraising.