A trip down memory lane for Colette! 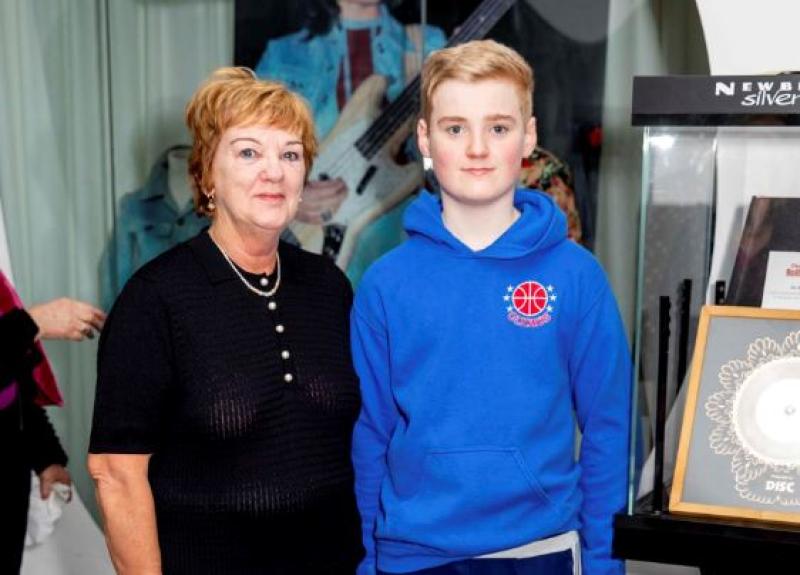 It was definitely a trip down memory lane for Colette Shorte this week when she attended the launch of the Bill Wyman and Rolling Stones arrival exhibition at Newbridge Silverware on Tuesday last.

Joined by her 13 year old grandson, Harry Thorpe, Colette was genuinely excited to see the memorabilia on display.

“My husband Brendan and I were married in 1971,” said Colette. “We danced to the Rolling Stones’ music at discos here in Newbridge and in Athy, where Brendan is from. We were young getting married and Brendan sold his collection of the Stones’ albums to raise a few bob.” 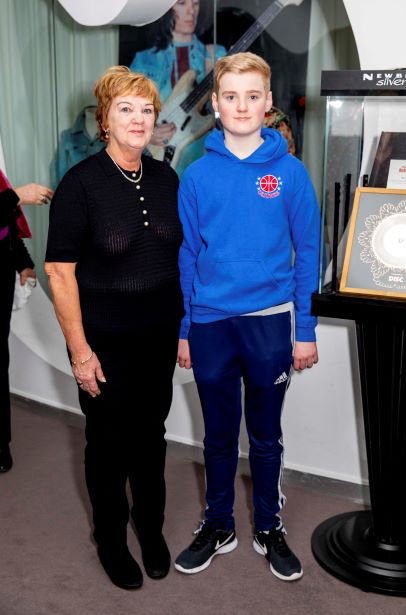 Colette (above) and her husband Brendan still have their collection of the Rolling Stones 78s.

Colette and Brendan raised three children at the Naas Road, Newbridge where they still live and have the band’s vinyl records.
“We have the 78s along with the original 78 record player. We love to listen to them still,” she said.

“Do you know the Rolling Stones?” I asked young Harry, one of the couple’s eight grandchildren.
“I’ve heard of them, for sure,” he replied. Harry plays the drums and music it seems runs in the family as his dad, Vinny Thorpe, plays the saxophone, clarinet and keyboards. His dad regularly plays classic pop music to his son and notably, Harry said he knew the Beatles well!

“I loved ‘Satisfaction’ and ‘Honky Tonk Women’ but we pretty much listened to all their music from the late 60s and early 70s to the later stuff after 2000”.

FREE to view
The Bill Wyman and his Rolling Stones Archive Exhibition’ is free to view at the Museum of Style Icons, Newbridge Silverware until 20 April 2020. The Newbridge display is the only European exhibition featuring a rare collection of musical treasures, costumes and memorabilia from the iconic Rolling Stones member, Bill Wyman.

Items from the archive include Wyman’s gold and black satin two-piece stage ensemble worn in the 1970s from famed London boutique Mr Freedom.

The boutique located at 430 King's Road in Chelsea was famous for its pop art inspired fashion often incorporating stars, thunderbolts and ice cream cone motifs in their designs.

This suit features a zip front jacket with matching trousers and a signature melting ice cream cone design on the back of the jacket.  Wyman's records indicate that he purchased this ensemble in September of 1970 and wore it during stage performances with the Rolling Stones.

Courtesy of Ripple Productions, the property will be auctioned by Julien’s Auctions in California at the end of May this year, with a portion of the auction proceeds benefiting The Prince’s Trust, Macmillan Cancer Support and CCMI (Central Caribbean Marine Institution).

For all Rolling Stones fans who fancy a little trip down memory lane, drop into the Museum of Style Icon at Newbridge Silverware over the next six weeks; see www.visitnewbridgesilverware.com