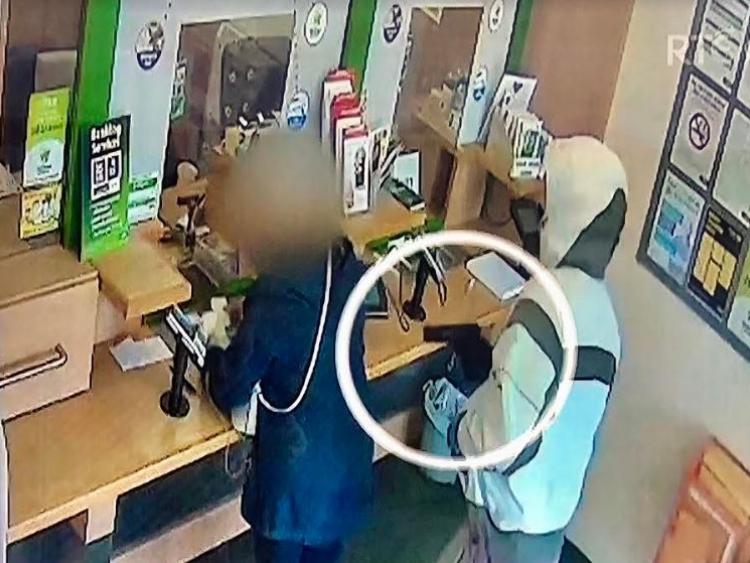 The suspect with the handgun

An appeal was made on the Crimecall programme on RTE about an armed robbery of Prosperous Post Office that happened last year.

A lone male brandising what appeared to be a handgun entered the post office at 10.30am on May 22 last.

CCTV footage showed the suspect walking up to the counter and is clearly seen to be armed with a handgun. 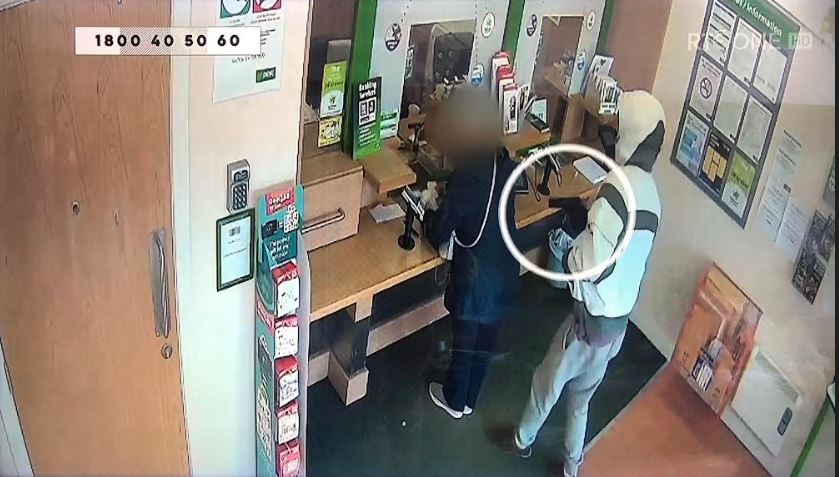 He was wearing a white-hooded jacket with contrasting coloured stripes and a grey tracksuit bottoms.

He pushed his way in front of a customer and proceeded to take her pension money.

He then turned his attention to the postal worker and holds the gun towards the counter window as he demanded that the worker give him the post office cash.

The worker hands over cash through the counter hatch and he fills his bag.

The suspect then turns around and walks out the door. 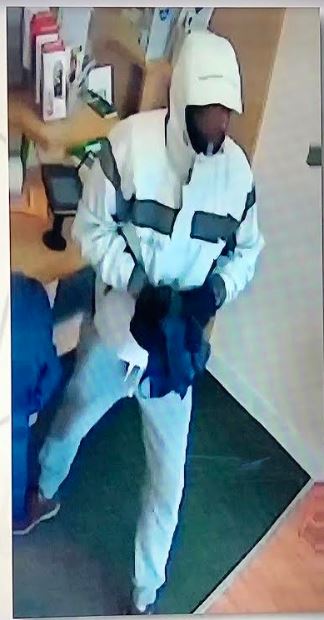 The man ran from the post office but Gardai believe he may have had a vehicle parked nearby.

Gardai from Clane, detectives and the Garda Armed Support Unit attended the scene and an initial search did not locate the suspect.

There was one customer in the Post Office at the time of the incident, they and staff members received support.

A queue at the Maharajah restaurant, Naas, today