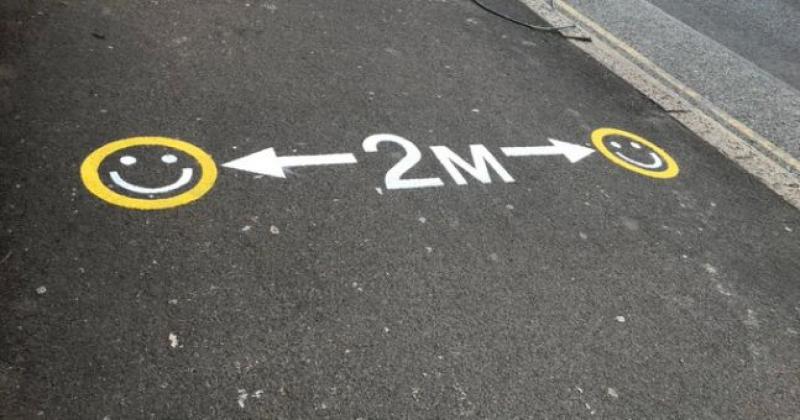 A sign on a footpath reminding pedestrians of social distances

A global health expert at Maynooth University has warned social distancing during the current phase of the Covid-19 crisis is vital to save lives.

Prof Bernard Mahon, a leading immunology researcher specialising in global health issues, said the duration of the current health emergency will heavily depend on measures to reduce infection numbers. 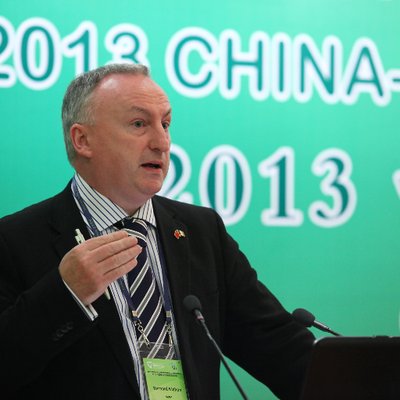 Prof Mahon said: “Social distancing will save lives. We want to limit the numbers of people infected and delay any infection that does occur for as long as possible.
“This will prevent the health system from being overstretched.”

Prof Mahon added: “Social distancing will save not only those suffering from Covid 19 but also those with cancer and other conditions who will need the health system at the moment for other illnesses.”
The expert added that the UK have been slow to limit crowds in public places such as bars and restaurants ‘and may pay a hefty price’.
Prof Mahon said it’s currently very difficult for Kildare families to get outdoor exercise while practising social distancing “but we have to limit our interactions.”
He added: “For the moment if you have to get a walk then stay local and keep your distance from others.
“If we don’t get the infection under control quickly we may face a more severe lock down for longer.”
Prof Mahon Professor Mahon joined NUI Maynooth in 1994 and served as Scientific Director at the University’s Institute of Immunology.
He began his early career in the UK where he researched the safety of polio vaccines.
He later moved to Ireland and worked on new whooping cough vaccines now entering human clinical trials.

Popular spots across Co Kildare saw an increase in walkers and families out enjoying the fine weather on what was a very strange celebration of Mother’s Day.

In Kilcullen, teenagers were urged not to use the local all weather pitch at the Community Centre complex which is closed under the coronavirus restrictions.

In Ballymore Eustace, community members were furious to see youths gathering together in the village in groups of four to five.
In Naas, it was reported that several groups of teenagers were ‘hubbing’ along the canal.

Separately, Naas GAA club chairman John McMahon has asked people to stay away from the club premises.
This follows an appeal from the club officers on social media on Sunday.
The post said the club officers were “hugely concerned to see a large number of parents dropping children/ teenagers off to the club all day today to play on the pitches.”
The post added that the club is officially closed and “no members should be on the premises and especially not in groups as seen today.”
It concluded: “We are pleading with members to abide by the HSE guidelines of social distancing in order to save lives over the coming weeks.”
Mr McMahon said: “The club and the gates are locked, padlocked in fact and have been since we were told to do so.”
He said members and non members alike should avoid club property until coronavirus restrictions are lifted.

Meanwhile on Friday night last in Newbridge gardai found a small number of people in a licensed premises in the town.
The gardai visited the venue but under law they are not permitted to order people to leave.
It is thought that the premises was not open to the public and the event may well have been a private party.