Irish visit of Will and Kate including trip to Prosperous cost gardaí €1.3m 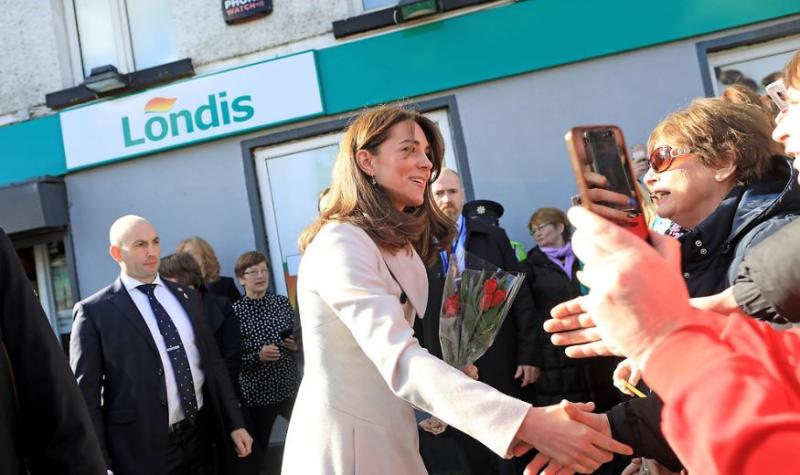 The security bill for the three-day visit of Will and Kate to Ireland last month - which included a stop-over in Prosperous - is estimated at €1.3m, it has emerged.

This amount takes account of overtime as well as travel and subsistence for gardaí.

The Duke and Duchess of Cambridge paid an unscheduled visit to Prosperous on March 4 en route to an official engagement at the Extern charity.

Hundreds of locals had gathered in the village and they cheered when William and Kate got out of their Range Rover vehicle.

The visitors smiled and waved at the crowd.

The royals then went into the local Londis shop and chose vegetables and brown bread to help make soup at Savannah House.

When they emerged a few minutes later they chatted and shook hands with the assembled crowd.

Garda Commissioner Drew Harris told the Policing Authority that the three-day visit of the Duke and Duchess of Cambridge had an estimated cost of €1.3m, the Irish Independent reports.

William and Kate Middleton also visited Áras an Uachtaráin, the Garden of Remembrance, Government Buildings and the Guinness Storehouse.

The itinerary included events in Temple Bar, Dublin as well as Cos Meath as Galway.