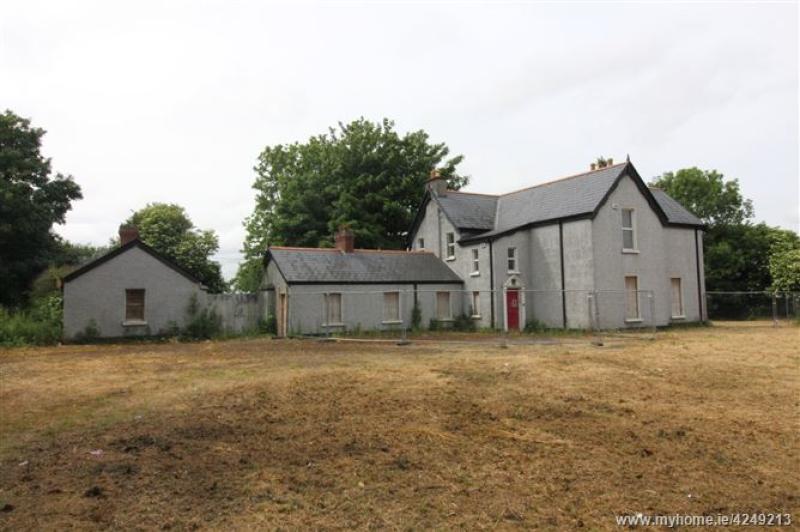 Kildare County Council has refused planning permission for 22 homes at a former HSE site in Kill.
The proposed develop ment was earmarked for Marsville House — which is a protected building under legislation due to its historic nature — and adjoining lands  located in the village.
The development proposed to convert the former offices of the HSE in Marsville House and convert it into two residential homes.
The planned development also included the construction of seven two-storey detached houses and five three-storey duplex unit blocks comprising of three-bedroom apartments and ten three-bedroom duplex units above.
The proposed development was due to be accessed via the location of the existing gateway to Marsville House which would be widened to 5.8m.
The existing entrance piers would be re-instated along with the provision for a new adjacent pedestrian access.
The development also included a new internal access road, 45 car parking spaces, bicycle parking for the duplex units, a new ESB plinth unit and substation and open spaces and landscaping.
Marsville House is a Victorian two-storey period residence that has been vacant since 2013.
Well known
The well-known property was constructed circa 1800s for use the private residence and dispensary of the local doctor and was subsequently purchased and operated by the HSE for several years.
The property is set on a large site area of circa 2 acres (0.82 hectares).
There was planning permission granted by Kildare County Council in 2014 for the conversion of the property to a family home, including permission for the addition of a 113 sqm extension.