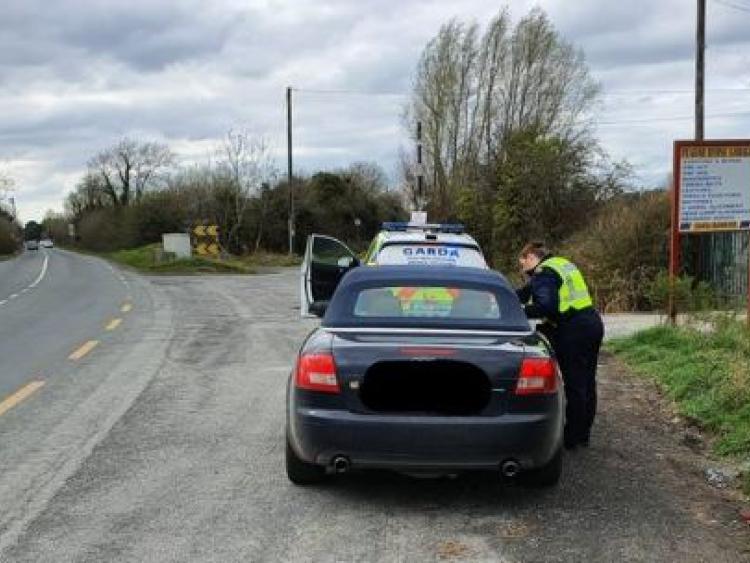 A garda speaks to the driver

The vehicle was pulled over at Blacktrench on the road between Naas and Allen.

Officers also discovered that the motorist was disqualified - and had no Insurance or Driving Licence.

The car was immediately impounded.