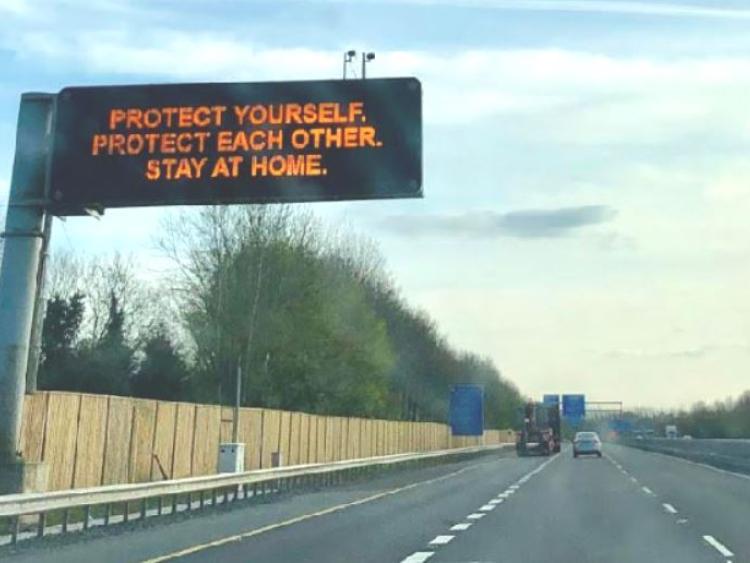 The preliminary findings from a survey of over 100,000 respondents show that since Government restrictions were imposed the vast majority of the general public in Ireland has adapted their behaviours in response to the outbreak of the coronavirus pandemic.

The population-wide survey conducted by research teams at Dublin City University, NUI Galway and the Insight SFI Centre for Data Analytics (NUI Galway) is looking at the impact of the coronavirus pandemic and the associated restrictive measures (lock down, social distancing) on daily life in Ireland.

Respondents reported that they found the recommendations made by the government to curb the spread of the virus very clear. 92% indicated an understanding of the measures around social distancing; 79% of those surveyed were clear on the guidelines around shopping. The figures were also similarly high with regards to social isolation and the advice around leisure activities.

Playing board games, indoor exercises and home work-outs as well as going for a walk were the most popular activities carried out by people in the past week.
Some parents have had to adopt the role of teacher during this time with over a fifth of respondents home-schooling their primary school aged children and while they did not report any issues with schooling some indicated they didn’t have the necessary resources, such as a laptop or access to computers (3%).

Almost one tenth have a child aged 15 or under in secondary school and reported that schools are sending work home (30%); setting regular home-work and providing additional online support (67%). In the case of those aged between 15-17, it showed that in 67% of cases, schools were setting home-work and providing extra support online.

10% of respondents (10,000 plus) were in receipt of the COVID-19 pandemic unemployment payment. Over 70,000 people of the sample survey reported as employed and of that 63% were working from home.

54% reported contact with people by chatting in person and observing social distancing; 77% reported contact through screen-time or over the phone (86%). Most respondents have a broadband connection (88%), and about 9% have mobile phone internet connection.

Childcare/school: In relation to childcare, over 9,000 reported having children in preschool, who are now at home (89%). 26,000 respondents have children in primary school; the vast majority of this category reported favourably about schooling, stating they did not encounter any problems (77%). However, some indicated they did not have the necessary resources such as access to a laptop or computers; others said there weren't enough laptops/computers available and 4% were dissatisfied with an unreliable internet connection.

Health
6,000 respondents indicated to have had flu-like symptoms in the last 14 days. Of these symptoms, most common was tiredness/exhaustion (64%), sore throat (54%), dry, throaty cough (44%) runny nose (42%) and/or muscle pain (38%). In relation to the sample of  people who had flu-like symptoms; 52% thought they had symptoms of coronavirus and 53% contacted their GP. Of these; 36% were referred for testing. In relation to people who did receive test results,10% were positive, 18% were negative.

Demographics: 76% of the survey respondents were females. The mean and median age was 47 and was the same for male and female respondents.The vast majority of answers came from Dublin (38%); Galway (12%), Cork (6%) and all other counties at less than 5%. Of the respondents, 14% had secondary education, or were going through this, 4% had a technical or vocational diploma, 19% a national cert or diploma and 63% had a University degree.
The results are from the Corona Citizens’ Science Project, a national anonymous online survey conducted in order to understand how people are dealing with the pandemic and how it has impacted on their home life; working life; childcare arrangements; physical and emotional wellbeing. The survey was conducted over a 24 hour period on Wednesday, April 8th and will be repeated again on the 22nd of April.

Dr Akke Vellinga, Epidemiologist/Senior Lecturer, NUI Galway, joint research lead said: “The response to our corona-study has surpassed our expectations and shows the desire of the Irish people for their voice to be heard. The results are a barometer of how the pandemic impacts daily life. The next survey on Wednesday April the 22nd will show us how these trends progress and we are appealing to the public to take part and provide feedback on how they are coping.”

Professor Anthony Staines, Professor of Health Systems, DCU and joint research lead said: “This is a baseline study on how we are coping with the restrictive measure put in place by the Government to try and flatten the curve of the coronavirus pandemic in Ireland.  As these restrictions have now been extended to May 5th we plan to repeat the study every two weeks to continually check the pulse of the nation and our ability to deal with the current situation.”