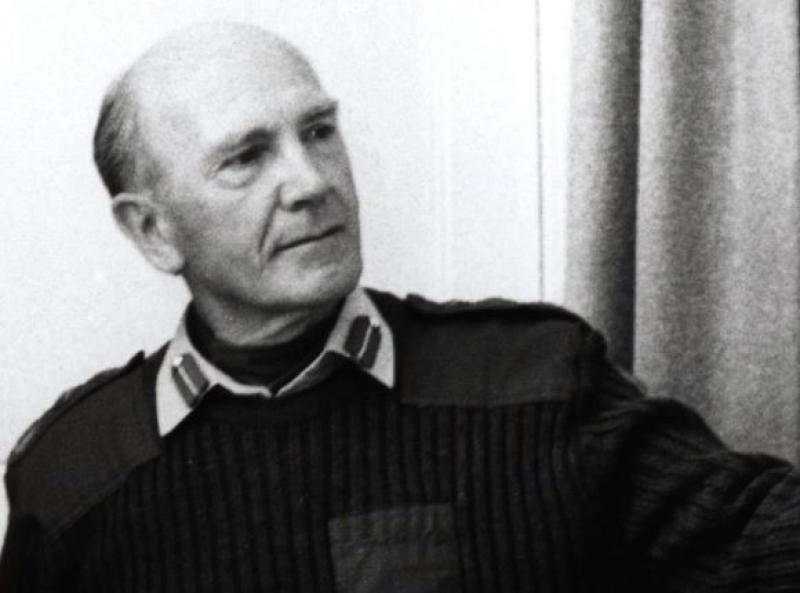 A former boss of the Defence Forces who lived in Newbridge is being laid to rest this week.

He rose to become the most senior military officer in the state - Chief of Staff of the Defence Forces - between 1988 and 1992. He later retired on age grounds.

Jim used his retirement to work with the local Vincent De Paul charity as well as indulge in his hobbies of gardening, golf and beekeeping.

Minister with responsibility for Defence, Paul Kehoe TD, has paid tribute to the former Chief of Staff of the Defence Forces, Lieutenant General James (Jim) Parker DSM, who has sadly passed.

"In a distinguished 44-year military career, Lt Gen Parker served the State with courage and conviction culminating in his appointment as Chief of Staff in 1989.

As a leader, a public servant and mentor, Lt Gen Parker displayed all of the values that underpin Óglaigh na hÉireann.

While at home, he filled various senior positions in the army and in Defence Forces Headquarters.

He also provided dedicated service to UN peacekeeping missions in many conflict zones as well as making an important contribution to the development of modern peacekeeping.

On behalf of the Government and the entire Defence Organisation, I wish to pay my deepest condolences to Jim’s family and friends."

Jim was born in Mitchelstown, Co Cork and was a member of 21 Cadet Class (1948-1950).
He served initially in the General Training Depot and then in the 4th Infantry Battalion.
He later served in the Cadet School, the Infantry School and the Command and Staff School and completed the Staff Course at Camberley in 1959.
He commanded 3 Infantry Battalion and on promotion to Colonel served as Director of Reserve Forces, OC 2 Brigade and EO of both the Western and Curragh Commands.
He was promoted to Brigadier General in 1988 and Major General in March 1989, when he was appointed Adjutant General of the Defence Forces.
He was promoted to Lieutenant General on 16 October 1989 and appointed Chief of Staff. He retired on 15 April 1992.

Jim served overseas as Assistant Intelligence Officer with 35 Infantry Battalion ONUC in the Congo in 1961, in Cyprus as Operations Officer 9 Infantry Group in 1967/68 and commanded the 26 Infantry Group in the Sinai in 1974.
He was a military observer in the Middle East with UNTSO from 1977 to 1979 and was Senior Irish Officer in Lebanon at UNIFIL HQ during 1984/85.
From 1987 to 1989 he was the United Nations Chief Military Observer in India and Pakistan.

He is predeceased by his late wife Breeda.
He is being mourned by his children: Eamonn, Liam (Billy), Siobhan, Colman, Ciaran, Diarmuid and much adored grandchildren Alan, Sarah, Roisin, Ciaran, Katie, Stephen, Ben, Mia, Ellen, Colin and predeceased grandchildren Aoife and James.
He is also sadly missed by his cherished surviving sister Nora and sisters-in-law, daughters-in-law, partners, nieces, nephews, extended family, good neighbours, wide circle of friends and Defence Forces colleagues.
A private family funeral will take place due to government advice regarding public gatherings.
A memorial Mass and a celebration of Jim's life will be held at a later date.

The family has kindly asked that donations if desired be made to to St.Vincent de Paul (Newbridge).

The family also extended their special thanks to the staff of Craddock House Nursing Home and staff of Naas Hospital for their wonderful care and support.