DRONE PHOTOS: Authorities unable to move over 30 caravans on Curragh Plains due to Covid-19 lockdown 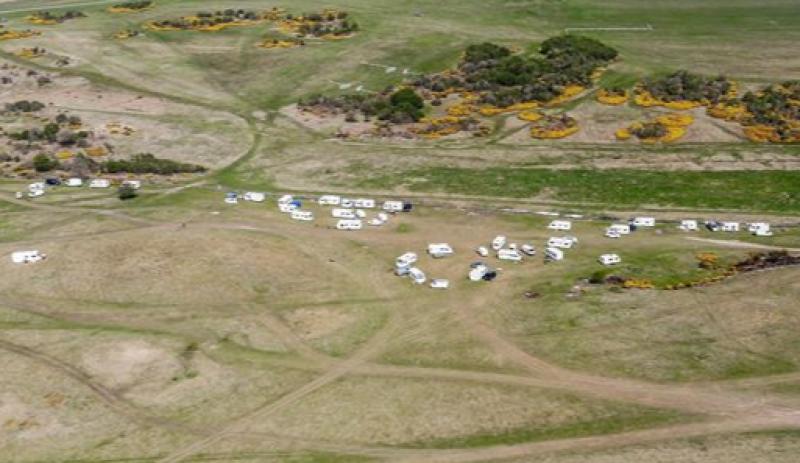 Authorities are unable to move on a large encampment of at least 28 caravans and 23 vehicles on the Curragh Plains due to Covid-19 travel restrictions.

It is believed that the group, who are mostly from the UK, arrived in Ireland during the Easter weekend by which stage the Covid-19 'Stay At Home' lockdown in Ireland had been extended for another three weeks until May 5.

Several families are living in the encampment which is located off the R445 between the Curragh Racecourse and Kildare town.

Small fires have been seen burning in the area in recent days. 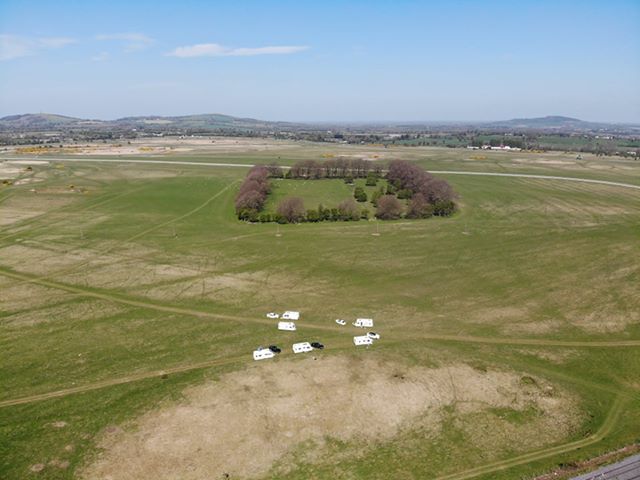 Another smaller encampment (above) of around six caravans and some vehicles is also located about 2km away past the railway line.

Locals are concerned that the Travellers are not complying with Covid-19 rules of making only essential journeys and by practising social distancing by staying up to two metres apart.

Pavee Point, which is a national non-governmental organisation, yesterday called on Kildare County Council to provide
water and toilet facilities for the group.

It's believed that gardaí are unable to seek the Travellers to move on now due to current Covid-19 travel restrictions as their location on the Curragh Plains is deemed as their current address.

The Department of Defence has official jurisdiction over the Curragh Plains and Military Police are carrying out routine patrols during the Covid-19 restrictions. 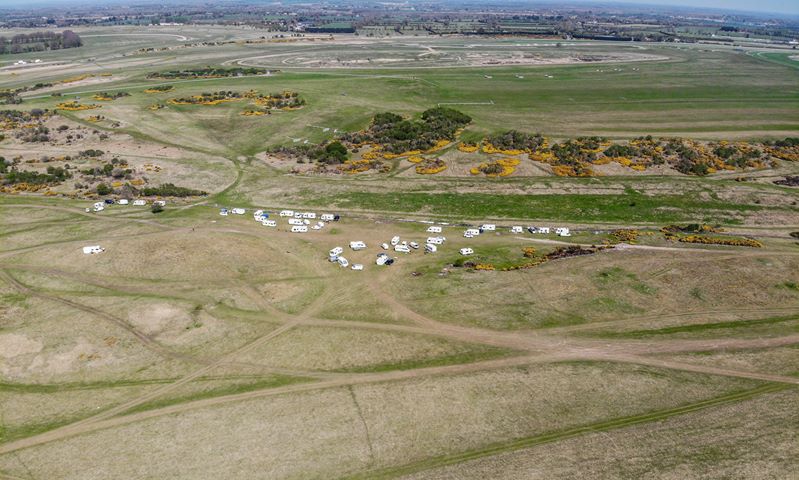 "In the light of the current Covid-19 pandemic and the Government response as set out in the Health (Preservation and Protection and other Emergency Measures in the Public Interest) Act; it is not viable to have the occupants moved at this point in time.

"The Department and its Lands Management team are in going communications with An Garda Siochana on the matter."

Pavee Point spokesman Martin Collins said: “Travellers should not be taking to the road during the public health emergency. Public health comes before anything else at this time of restrictions to beat this deadly virus.

“The nomadic lifestyle of Travellers is a very strong tradition at this time of year both in Ireland and the UK.

“I’m a Traveller man myself, but I’m asking Travellers not to take to the roads at this time because they are putting themselves and others at risk.

“I would ask these Travellers to stay where they are during the current time period of restrictions. I would also call on other Travellers not to take to the road at this time.”

Pavee Point also called on Kildare County Council to provide basic facilities such as water and portable toilets to the Travellers for the duration of the Covid-19 restrictions.