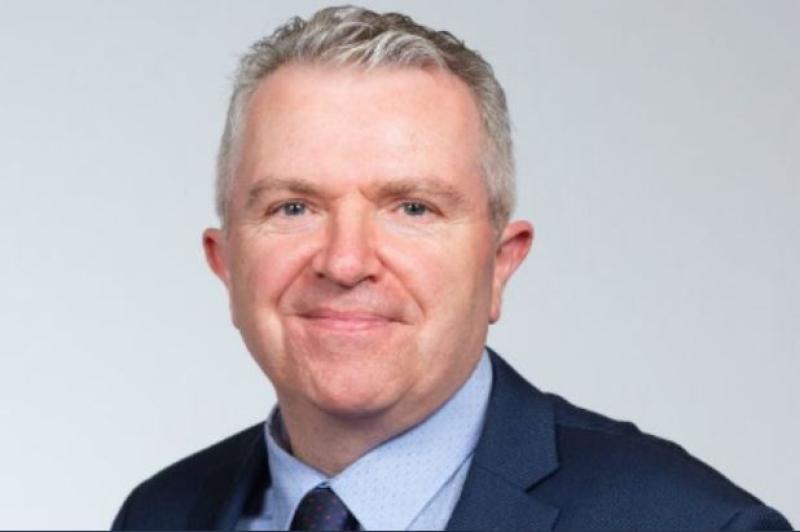 A Maynooth University expert believes that ‘immunity passports’ may be one of the ways for life to return to normal after the Covid-19 pandemic.
Prof Paul Moynagh, who is head of the Kathleen Lonsdale Institute for Human Health at NUI Maynooth, believes that home testing kits should be available in the future for people to test themselves.
The current swab test or PCR test takes a swab from the back of the nose and throat and check for the presence of the virus.
An antibody test examines a blood sample for antibodies generated in the body in response to the virus, showing whether or not the person tested has been exposed to it in the past.
Prof Moynagh told the Leader: “Your body will usually produce one type of antibody called IgM in the week or 10 days after you have been exposed to a virus.
“About two weeks after exposure, you should have another type of antibody, the IgG.”
The expert believes that when antibody tests become available, random samples of the population should be tested and this practice should then be broadened out to mass testing.
He added: “At this stage an ‘immunity passport’ may be feasible to be issued to people who have developed an immunity to the virus.
“People with this ‘immunity passport’ could go back to work and rejoin society.
“This may give us an exit strategy out of the current ‘lockdown’ restrictions.”
In 2016, Prof Moynagh joined Maynooth University where is now Head of the Department of Biology and Director of the Human Health Research Institute.
He has published extensively in the area of immunology-related research.
In 2009 he was awarded the NUI Centennial Prize for Academic Publishing in Medical and Health Sciences and is the recipient of the 2014 Irish Area Section Biochemical Society (IASBS) Medal.
Last year Prof Moynagh was admitted as a member of the Royal Irish Academy (RIA), deemed to be highest academic honour in Ireland.
Like his colleagues in the scientific community, Prof Moynagh believes SARS-CoV-2 is zoonotic, which means that the virus originated in animals and jumped to humans.
One theory is that a pangolin — a scaly anteater — may have been the host that transmitted the coronavirus to people and caused the pandemic.
The (SARS) virus from 2003 is a close relative of SARS-CoV-2, and was found to have been transmitted from bats to an intermediate host – the masked palm civet - a racoon-like mammal - which then infected humans.
Prof Moynagh said new research on Covid-19 is now a daily occurrence.