N7 Garda checkpoint between 7am and midnight only turned back 12 motorists, Garda boss says 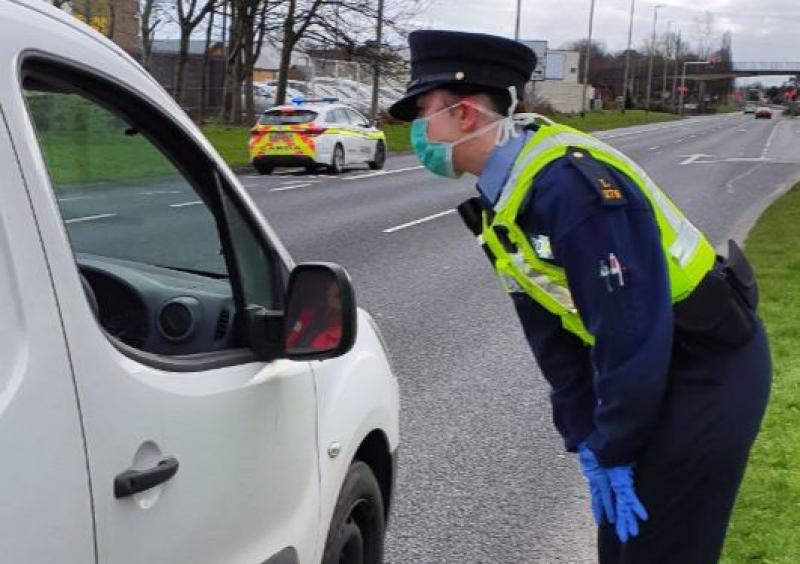 Thousands of gardai are operating checkpoints and mobile patrols as part of Operation Fanacht running until Bank Holiday Monday night.

It emerged this week that 76 people have been arrested under the new regulations up to last Saturday night.

The Commissioner said he personally attended a checkpoint on the N7 on this Tuesday during a mammoth 17-hour long Garda operation.

During that time, a total of 11,454 vehicles passed through.

However Mr Harris said only 12 people had to be told to return home because they had not legitimate reason for the journey they were making.

Those figures represent a compliance rate of about 99.9% with Covid-19 regulations.

The Commissioner made his comments during a meeting on Wednesday with the Policing Authoirty which was streamed on the Authority's website.

The Policing Authority is the independent statutory body which oversee the performance of the Garda Síochána in relation to policing services in Ireland.

Gardaí said they adopt a graduated policing response based on its tradition of policing by consent. This has seen gardaí engage, educate, encourage and, as a last resort, enforce.

Between April 8 and last Saturday, pre-existing enforcement powers were used in 760 incidents where other offences were highlighted in the course of COVID-19 operations.

These ranged from incidents such as from drink driving detected at checkpoints, to drugs seizures to public order offences.