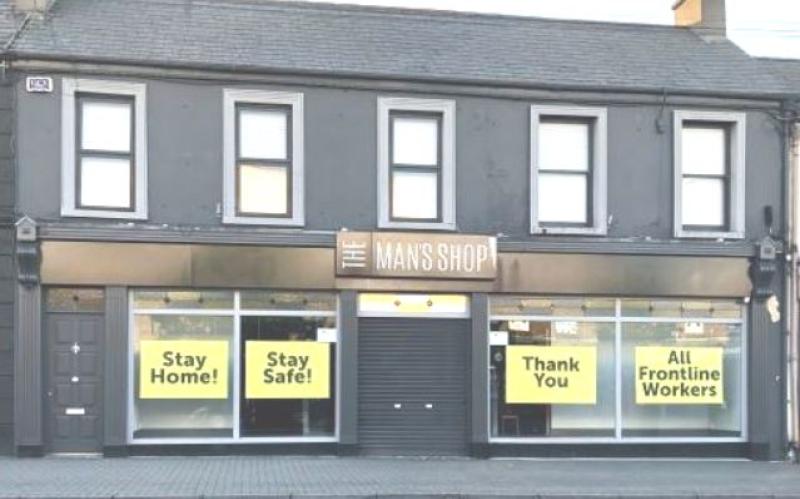 A shop with a serious Covid-19 message in Newbridge

Official traffic data released by Transport Infrastructure Ireland shows that the number of cars has increased today by an average of 9% across selected routes.

The number of cars on selected motorways / dual carriageways can been seen below and there are comparisons with the same day a week ago and the same period last year. 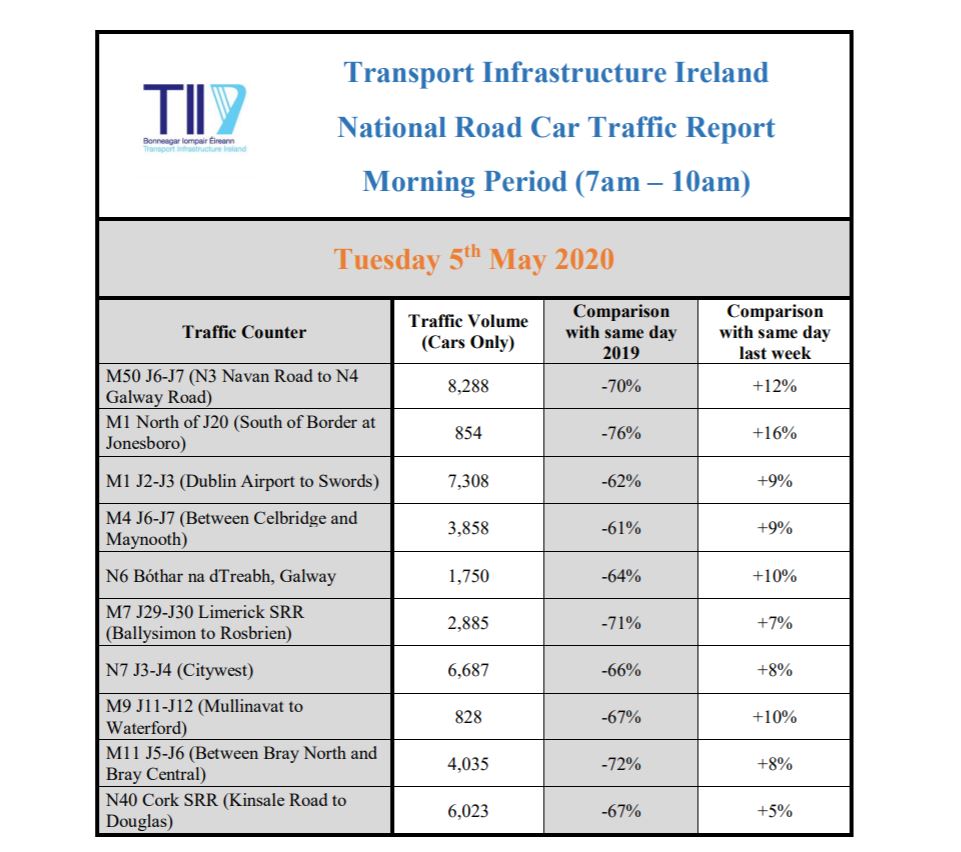 According to the TII, in the initial three weeks following the introduction of the March 27th restrictions, overall traffic volumes were typically down approximately 65-70% across the national road network.

Weekly heavy goods vehicle traffic has remained largely stable as many were regarded as carrying out essential services.

Car traffic is typically down by between 61% and 76% of the volumes of one year ago, across the sampled traffic counters.

A TII spokesperson added: "In overall terms, this morning’s data indicate a clear and relatively uniform increase in car traffic volumes across the sample of traffic counters.

"It is likely that this trend is more significant and representative than data relating to traffic volumes over the bank holiday weekend."