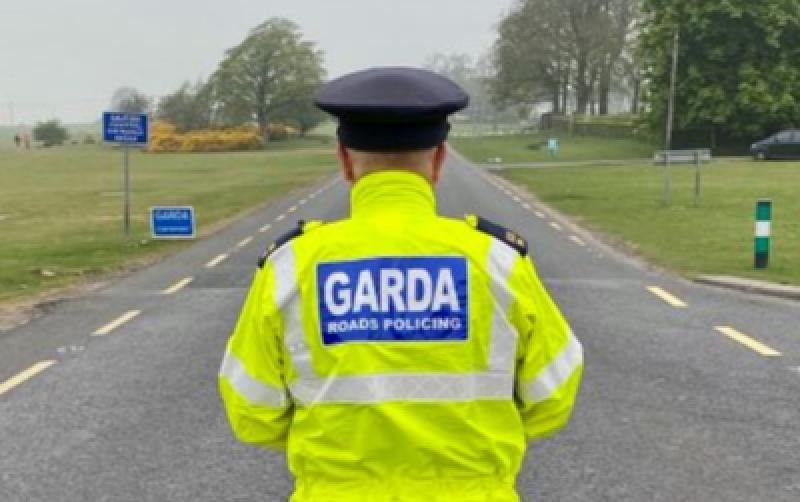 A Garda at a Covid-19 checkpoint

Gardaí have been giving examples of situations encountered by officers as they encourage people to comply with Covid-19 regulations.

A small minority have been very uncooperative.

Gardaí have adopted a graduated policing response based on its tradition of policing by consent. This has seen Garda members engage, educate, encourage and, as a last resort, enforce.

In all cases where arrests were made under the regulations, members of An Garda Síochána consulted with the Director of Public Prosecutions on the decision to charge.

On one occasion, gardaí stopped a man at a checkpoint and questioned him on his movements on the day.

The motorist stated he was travelling to do a painting job in Co Meath, and stated he "did not care about restrictions as it has not affected him or anybody he knows."

"A direction given to male to return to his address. He ignored this direction and continued in the direction of Co Meath."

A file has now been submitted to Office of DPP.

A car was observed making erratic and evasive action to avoid a Covid-19 Checkpoint, almost colliding with a female pedestrian who was out running.

Two occupants (not from the same family) were very aggressive and argumentative from outset.

Both men were advised in relation to public health guidelines on unnecessary journeys.

Both men declined this advice and stated they were travelling 40km to purchase a small part for a trailer. It was further established it was a non-essential part.

Both formally cautioned and requested to return home. Both declined initially and then stated they would stop wherever they wanted. File has been submitted to Office of DPP.

On mobile patrol, Gardaí observed a male accompanied by two others, all from different households. All three directed to leave the area and go home. A short time later, the same male was observed in a different part of town and was again directed home.

Later when dealing with a house party, same male arrived at this house party. Again directed home. Stated he was not going home and tried to enter the house party. Male arrested. File has been submitted to Office of DPP.

While Gardaí were on COVID-19 patrol, they stopped a vehicle in a rural location to ascertain the identity of the occupants and their reason for travel. One male passenger was recognised and it was known that he had earlier that evening been directed on three occasions to return home.

A second male passenger was also identified and it was known that he had been directed on two separate occasions to return home.

A file has been submitted to Office of DPP.