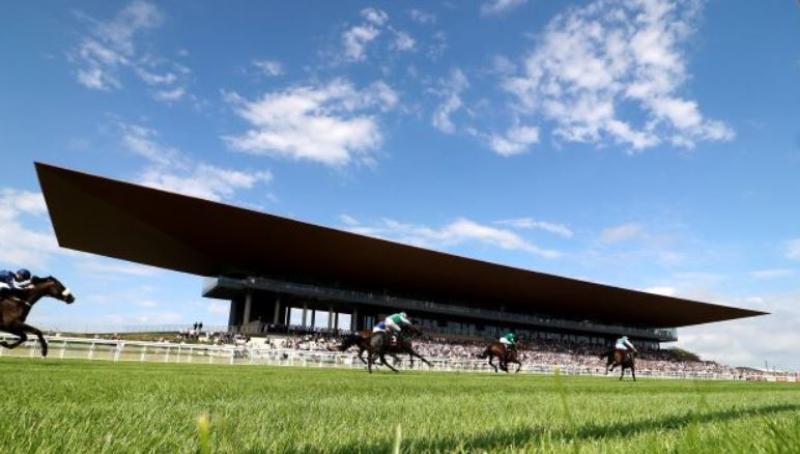 Racing in Ireland will return with a flat meeting behind closed doors at Naas on Monday, 8 June, while the Irish 2000 and 1000 Guineas will take place on the first weekend back at the Curragh.

The Board of Horse Racing Ireland met on Saturday to timetable initial stages of the sport's resumption along with prize money recommendations.

For the first three weeks, racing will be restricted to nine racecourses which are more centrally located to minimise travel distances and which also have higher stable capacities given the requirement for one stable per horse under the new protocols.

The Derby and the Oaks retain their traditional dates on Saturday, 27 June and Saturday, 18 July respectively.

The Champions Weekend will take place at Leopardstown/Curragh across the weekend of 12/13 September. 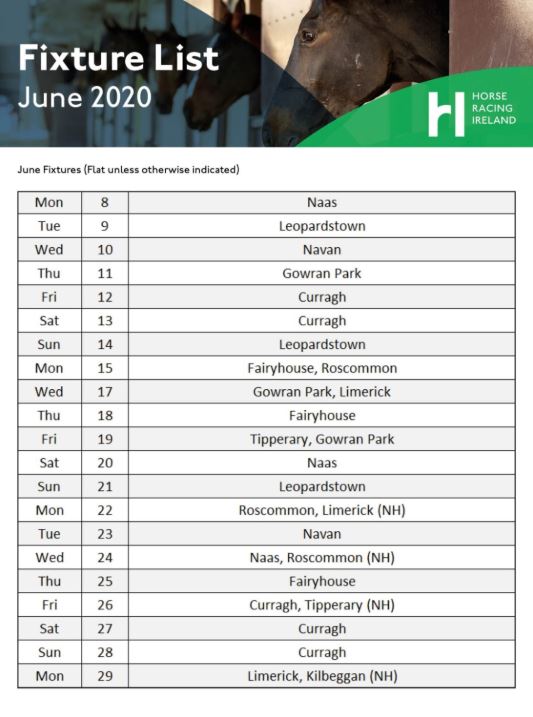 Curragh Racecourse CEO Pat Keogh reiterated last week that horse racing is a key industry as well as a sport and that it supports 30,000 jobs with many of these in rural areas.

He told the Leader: “We are all ready to go when we get the green light from the Government and when it is safe to do so.
“The track has been kept in fantastic condition and facilities are 100% ready for racing behind closed doors and we will be observing all the public health guidelines while doing so.”

He added: “The Curragh had been due to hold racing on Saturday, March 28, and had all the protocols in place at that point.
“So we have already made the preparations and we will be reinforcing these in the coming days while we await a decision from the government.

“If this is 30 days or 60 days or 90 days — we are ready to go and get racing going again.” The new-look racecourse — featuring an eye-catching grandstand — was unveiled last year after a major redevelopment costing over €80m.
Mr Keogh added: “I know that racegoers are keen to get back to racing at the Curragh and that will happen soon.”

Examine proposals
Taoiseach Leo Varadkar told the Dail earlier this month that the Government would examine proposals from sectors of the economy wishing to have restrictions lifted earlier than scheduled in the Government’s roadmap, which was June 29 for horse racing.
HRI representatives have been in ongoing talks with Government officials on this issue.

HRI chief executive Brian Kavanagh said: “Horse Racing Ireland and the Irish racing community are fully supportive of the Government and the Chief Medical Officer for the way in which they have handled this unprecedented public health emergency.
“Through the Department of Agriculture, Food and the Marine there has been constructive engagement with various Government departments this week on the basis that racing will only resume behind closed doors when it is deemed safe and appropriate.

“Prior to March 24, race fixtures were among the last group of Tier 2 commercial activities to continue with ten fixtures staged safely behind closed doors with only key personnel permitted on site.
“Horse Racing Ireland’s Covid-19 protocols which were in place for those fixtures have been further strengthened in the meantime and we feel that the industry can safely resume sooner rather than later and will continue to engage with Government on that basis.”
Meanwhile Mr Keogh said a major upgrade of the irrigation system for the the racetrack and gallops is virtually completed.
Bosses wanted to improve efficiency and sustainability of the system and to comply with animal welfare obligations.
The existing network of underground water pipes in the racecourse was decommissioned.
A water pipe distribution system was installed which will be fed by an existing water lagoon located in the racetrack infield.

Enhancing experience
The CEO also said that facilities have been reconfigured to enhance the race day experience for visitors when the venue reopens to the public.