"I have been contacted by Aer Lingus pilots and cabin crew who live in Kildare North anxious about the future of their jobs." 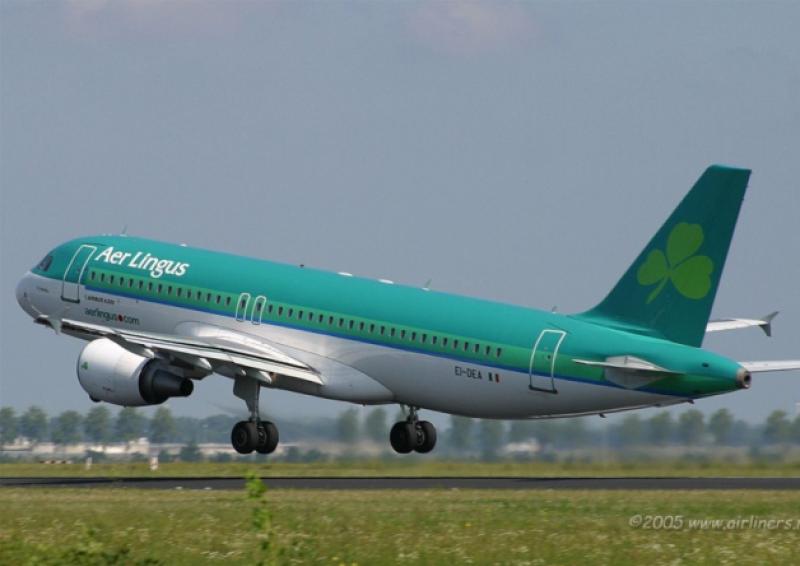 Several families in Co Kildare are very concerned about the financial losses facing them with uncertainty surrounding the future of Aer Lingus with revelations that lay offs and pay cuts are due to be announced.

Sinn Féin TD for Kildare North Réada Cronin, says  that the future of Aer Lingus would not be in jeopardy the company had not been privatised by Fine Gael and Fianna Fáil.

Deputy Cronin said: “Over the past week, I have been contacted by Aer Lingus pilots and cabin crew who live in Kildare North anxious about the future of their jobs.They and their trade unions, Fórsa, Unite and Connect, are disappointed that the company’s owner, plan to unilaterally go ahead with lay-offs and pay cuts next month."

Cllr Tim Durkan says that approximately nine families from around North Kildare have been in touch with him in a bid to lobby with the Government and save their jobs.

However, Fine Gael Cllr Brendan Weld said: "In the past we thought of Aer Lingus as a national airline, now it is a private company,I would hate to see anyone losing their jobs, but the Government don't have control of this anymore. Aer Lingus is controlled outside the state now."

Cllr Weld fears that September will bring more unemployment and poverty throughout the county, adding that Kildare County Council are reporting a significant drop in rates collections.

She said: “Over the past week, I have been contacted by Aer Lingus pilots and cabin crew who live in Kildare North anxious about the future of their jobs.

“They and their trade unions, Fórsa, Unite and Connect, are disappointed that the company’s owner, AIG, plan to unilaterally go ahead with lay-offs and pay cuts next month.”

“Five years ago this week, Fine Gael and Labour sold off the state’s remaining share of Aer Lingus to AIB. At the time, Sinn Féin opposed the sell off, just as we opposed the initial privatization that was embarked on by Fianna Fáil.”

“Fine Gael and Fianna Fáil’s dogmatic belief in neoliberalism and their tendency to look after corporate interests at the expense of the rest of us has led to this scenario. Because of the privatisaion of Aer Lingus, Fine Gael and Fianna Fáil have ensured that the government is now helplessly looking on from the sidelines unable and unwilling to intervene while workers’ livelihoods are threatened.”

“AIG is a profit seeking company, and they will always prioritise the needs of shareholders above those of Aer Lingus workers and indeed the Irish public.”

“A small island nation like Ireland requires a national airline in order for our people to stay connected with the rest of the world. It is important that such a company would have government oversight to ensure workers are treated properly and the company develops sustainably as the threat of climate change grows. “

She concluded: “Aer Lingus was a public asset that was created out of public funds, and it is an absolute disgrace that workers are now paying the price for Fianna Fáil and Fine Gael’s decision to privatise the company”.