The Central Statistics Office has confirmed that a total of 132 people have died of Covid-19 in Co Kildare up to June 12.

The data shows that the average age of the victims in the county was 82.

Kildare is second to Dublin which had 742 deaths during the time period.

The main hospital in the county - Naas General Hospital is now one of 16 hospitals with no confirmed cases.

However there are currently three patients in the hospital awaiting test results for Covid-19.

The CSO figures show that fatalities were heavily concentrated in Dublin and surrounding Leinster counties as Meath had 53 deaths and Wicklow has had 35 fatalities.

At 23, Westmeath has had the highest number of deaths in the Midlands followed by Laois at 15, Offaly at 13 and Longford at seven.

Carlow has had 14 deaths while Kilkenny has reached 11 fatalities. Elsewhere in Leinster, Wexford has had 18 deaths.

Louth, a Leinster county shared death rate similar to other counties that border Northern Ireland. Ireland's smallest county had 49 deaths, Cavan has had 38 Monaghan had 50 while Donegal has 40.

Some counties with cities such as Waterford and Galway were relatively untouched. Waterford has had less than five deaths while Galway had just nine.

The figures relate to data collected up to June 12.

FULL TABLE BELOW OR ONLINE AT THE CSO

The two dots in the table below represents counties where less than five people have died. However, this does not mean that there were no fatalities. If there were no deaths, zero would appear in the table. This means that every county had a fatality.

The CSO does not publish statistical results of less than five for confidential reasons. 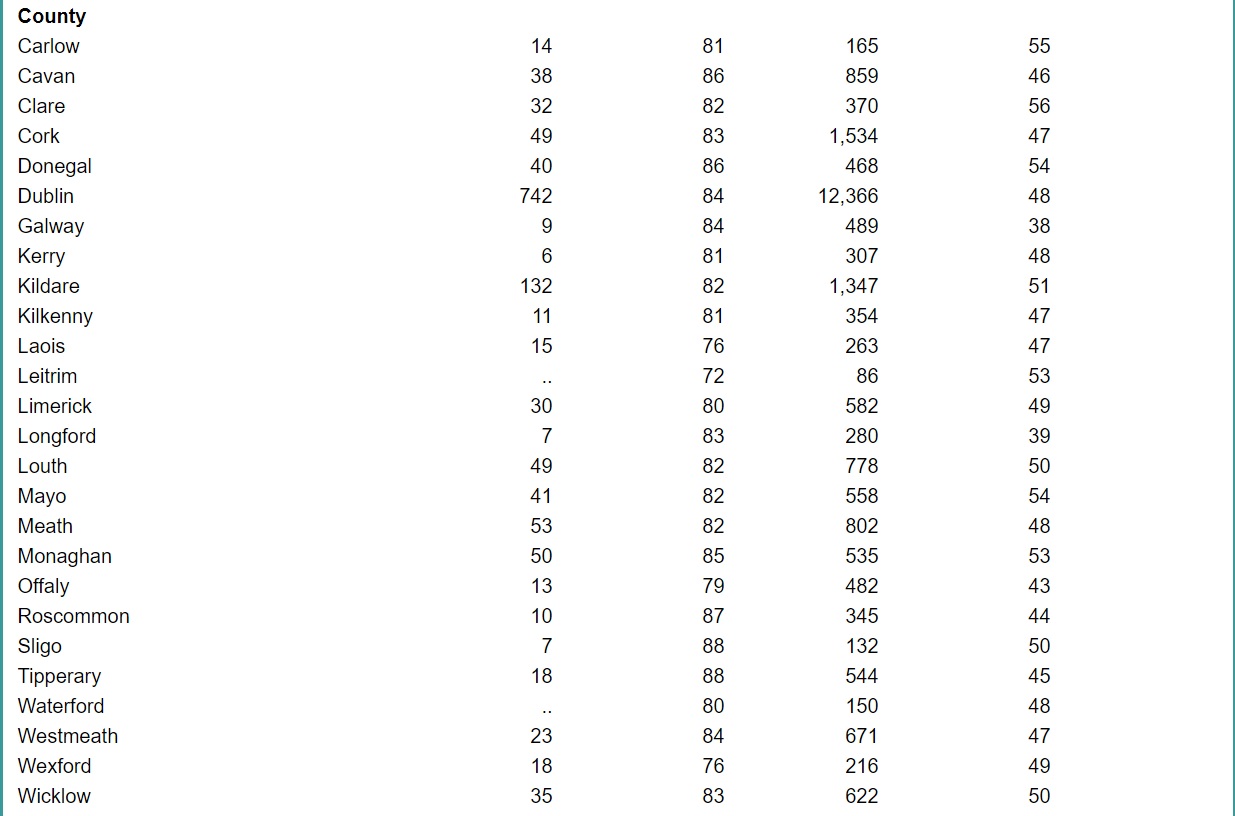