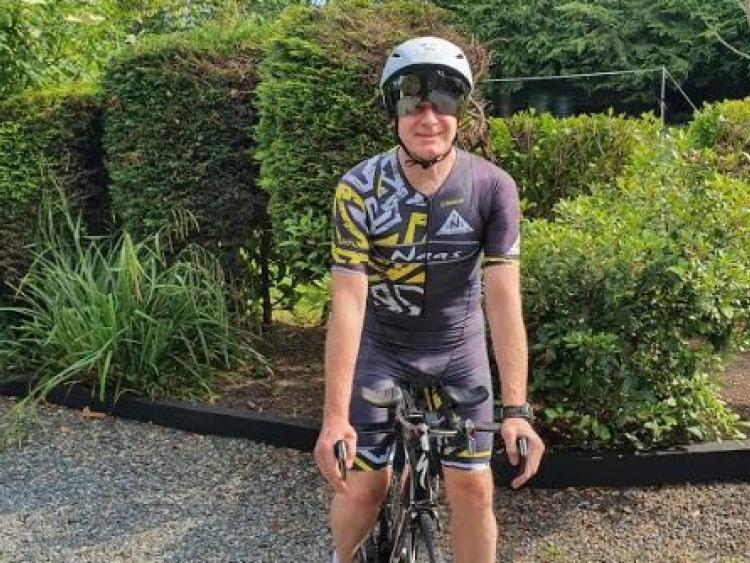 One of the organisers Ed Byrne

Members of Naas Triathlon Club members have raised over €5,600 for a young Clane boy with a rare condition.

The Club organised a ‘Cycle Around Ireland’ — the equivalent of a 3,000km journey — while observing the 20km government restriction due to Covid-19.

All proceeds are going to Roar for Ruairi, to benefit Ruairi McDonnell, a six-year-old boy from Clane who has been diagnosed with a very rare degenerative and life-limiting neurological condition.

Tens of thousands has already been raised in the overall campaign to help the McDonnell family make the necessary renovations to their home and to help with the ongoing homecare costs for Ruairi.

Club spokesman Ed Byrne said: “All in all, we ended up with 49 teams of three, which meant that not only did we go around Ireland once, nor twice but we came close to three times with some members even doing some extra kms for good measure.